Picking between cappuccino and mocha can be difficult sometimes, especially if you love coffee and chocolate equally much.

For those who don't know the drinks very well, telling these two apart might be difficult.

This is what I'll try and help with today. Hopefully you'll come to a better understanding of what a cappuccino is, and what a mocha is.

So let's start with the key points for each drink, and them further compare them, so you really understand them. 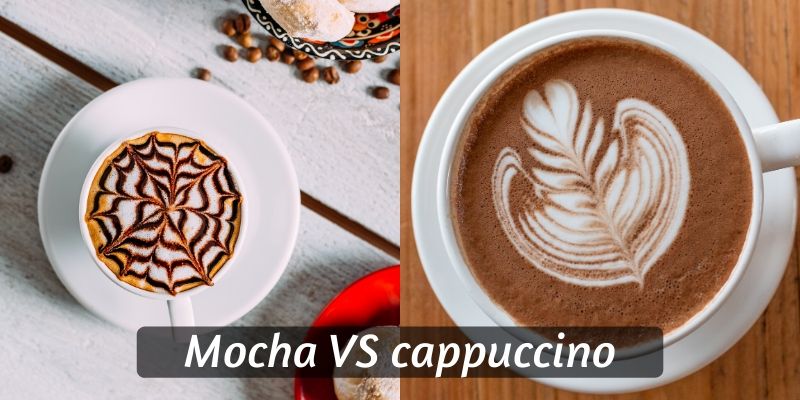 Key points of cappuccino and mocha

These will be the key points I'll be discussing, including the overall recipe and the ratios each drink normally follows.

Keep in mind that not all coffee shops follow the 'traditional' recipe and may have their own little twists on the drinks. And in the case of large coffee chains, you may find the drinks are very different and can be supersized.

What is a cappuccino ?

A cappuccino is an espresso-based drink, and it usually follows a ratio of 1:3 espresso to milk. In some cases the ratio is upped to 1:5, but those are kind of rare.

The whole point of the cappuccino is to balance the strong, dark espresso with the creamy milk.

This is why is employs a combination of steamed milk and milk froth, in order to combine them beautifully in a 5 oz/150 ml cup.

You get 2 distinct layers in a cappuccino.

The first is the beautiful blend between espresso and steamed milk, on the bottom half of the cup.

The second layer is the combination between milk froth and the crema from the espresso. This is a thick layer, about half an inch thick or possibly more, depending on the barista.

This is also where the latte art will form, often in really pretty patterns.

Overall, the drink is the traditional way to serve a dulled espresso, with enough milk to really turn this into an enjoyable drink. 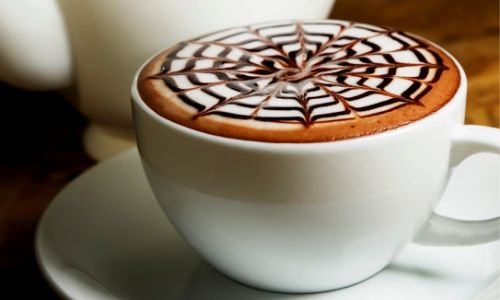 What is a mocha ?

A mocha is another type of espresso-based drink, and it too employs a combination of espresso and milk. But not just that, it also has actual chocolate sauce or syrup !

Originally the mocha was served in the port of Mocha, Yemen. This was an ancient Arabian trading post, and most of the coffee in the world came through that port.

Story goes that the beans traded through Mocha were a strain of Arabica that tasted very much like cocoa beans, thus giving the coffee a bit of a chocolate flavor.

In time, the recipe changed to incorporate actual cocoa powder, and later chocolate sauce to fully bring out the chocolate flavor.

Currently the main way to make mocha is to use 1 oz/33 ml of espresso and 1 oz/33 ml of chocolate sauce, and to top everything with a thin layer of milk froth.

However you'll find variations that use whipped cream instead of milk froth, or use more coffee than chocolate, or simply use a large (think 8 oz/130 ml) size instead of the regular 2-3 oz/66-100 ml one.

Which has more caffeine ?

Both mocha and cappuccino have the same potential for caffeine.

Both use just one standard espresso shot, which means they have the same caffeine levels.

Unless you're using a double shot for one of them, then there will be no difference between them.

However the cappuccino will act a little slower in your system, because of all the milk and sugar added to the drink. They tend to slow down caffeine and negate some of its effects. 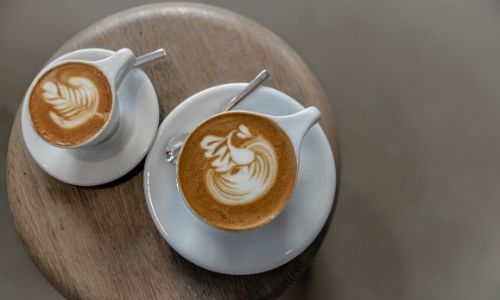 Main differences between cappuccino and mocha

There are some clear differences between cappuccino and mocha, and they're going to make telling the two apart pretty easy.

If you're a newcomer to coffee, then the names won't tell you much.

Mocha stands for the port city the drink originally came from, while the cappuccino comes from the Capuchin monks' robes. They were a shade of light brown that resembles the cappuccino, hence the name.

So let's get into comparing each drink, for a better understanding of their differences.

1. Cappuccino is a milky drink

If a milky, creamy drink is more your thing then you should really opt for a cappuccino.

The mocha has way less milk. Normally it should have only a thin layer of milk froth, barely enough to even register as actual milk.

2. Mocha is the original chocolate coffee

When it comes to flavor, the mocha is the winner for most folks here.

This is the one coffee that has actual chocolate sauce, if done right. It's supposed to be on the thicker, rather creamy side of coffee.

Not as liquid as a cappuccino, but the chocolate sauce is meant to be strong in the drink.

Which is why if you were to get a chocolate cappuccino it wouldn't be the same.

You'd only get a chocolate syrup, or a little drizzle of chocolate on top. A bit of flavor yes, but not true chocolate mixed into the coffee.

So you're better off getting a mocha if you have a bit of a sweet tooth. 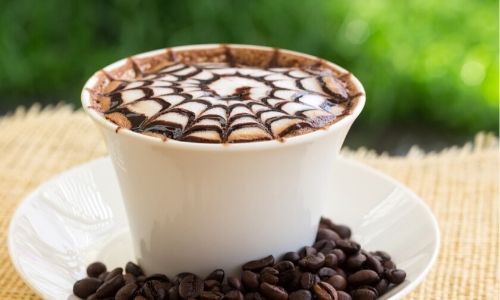 3. Cappuccinos are always larger than mochas

The large amount of milk and milk froth often put cappuccinos in larger cups than a mocha.

As a comparison, a regular coffee shop cappuccino is about 5 oz/150 ml, everything included.

A mocha is a smaller drink, often under 3 oz/100 ml, as it only has the one espresso shot, an equal amount of chocolate sauce, and only a little milk froth.

This makes it a small drink, so if serving size is what you're after then keep this in mind.

There is a bit of a flexibility when making any coffee drink, but in some cases specific recipes exist.

For example the cappuccino is meant to be a drink between 3 and 5 oz/100-150 ml. Normally it's on the smaller end, in order to really follow the ratio of 1 part espresso to two parts milk.

But for mocha things are a little different.

First, there is no set rule as there is with cappuccino, or a specific way the drink has to look or feel.

You can get a ton of variants of mocha, from each coffee shop. Each is going to be a little different, because the only thing that's really set in stone is that mocha uses high amounts of chocolate flavor in the espresso.

Exactly how that is achieved is up to the barista, and some get really creative.

I've seen mochas with actual chocolate sauce/topping squirted into the espresso and then stirred to combine.

Mochas with simple syrup that's been flavored with a little chocolate.

And to top everything off, the actual amount of milk froth used in a mocha varies from barista to barista. One may put a thin layer on top, to barely cover the drink.

Another may put an inch-thick layer and add a dusting of cocoa powder on top.

There's also mochas with whipped cream on top, instead of milk froth.

There's so any ways to make mocha there's no real point listing them all.

As long as it's got espresso and chocolate, for most folks it's a mocha.

And that's just fine, because who doesn't like getting a little creative ? 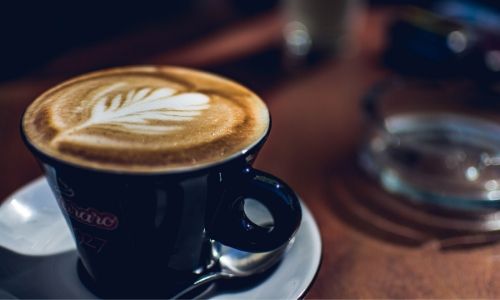 5. Cappuccinos have less of a coffee flavor

Because of the nature of cappuccino and mocha, you may find that the cappuccino doesn't offer you that strong coffee flavor you might be looking for.

It's the milk in the drink that tones everything down, and this leads to less espresso flavor.

If that's what you're after then go ahead, it's really good as a morning drink.

But if you're looking for a more espresso-oriented flavor then the mocha is a better choice.

The thing is that coffee and chocolate go very well together. They've both got a nice, earthy and rich flavor to them that combines really well.

If you get a sweetened or overly sweet mocha, you might not notice this.

But if it's made the right way - not overpowering the espresso - the coffee and chocolate should combine to create one of the most irresistible drinks out there.

And the espresso's bitterness and earthy flavor somehow turn into a deep and buttery flavor with chocolate.

Both mocha and cappuccino are great ways to enjoy espresso.

They each bring a new way of enjoying the flavor of espresso, and it's up to you which you want to take home.

If you're looking for a more traditional, refined version of coffee then cappuccino is for you. There's lots of skill involved, and the barista really needs to know what they're doing in order to achieve the perfect cappuccino.

And for those who would rather have a very flavorful cup of coffee that's going to satisfy their sweet tooth at the same time, then a mocha is just the right blend between coffee and chocolate.

« Does Kombucha Go Bad ? 3 Signs Your Fizzy Tea Expired
Beginner's Guide To Mocha Coffee - What It Is, And How To Make One »