Want to know what's in your favorite cup of decaf coffee ? Then maybe this comprehensive guide on what decaf coffee is, how it's made, and how it's different from regular coffee might help.

Decaf coffee is in a whole lot of pantries, but do we really know what's in it ? Let's take a look. 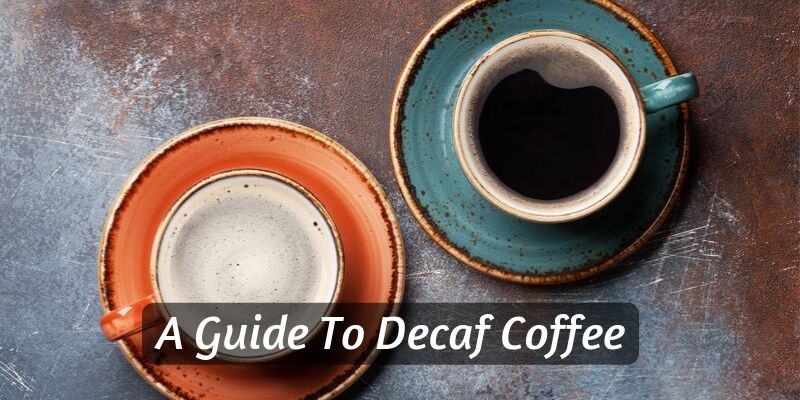 What is decaf coffee ?

Decaf coffee is simply regular coffee beans that have been decaffeinated, meaning their caffeine has been removed, before they've been roasted and ground.

It looks and smells like any regular coffee, except it might taste a little different and it won't have that same effect on your body as your usual cup of coffee.

You'll notice it's decaf either by tasting it (it might taste a little different), or by noticing the lack of caffeine effects on your body some hours later.

Does decaf coffee have any caffeine, at all ?

Yes, decaf does actually contain caffeine. The amount is very, very small and won't hinder your sleep or daily performance.

For most folks the amount of caffeine in decaf - about 0.03% - is not even worth noticing, so you could say that decaf is devoid of any caffeine.

However for those who have a caffeine intolerance, allergy, or are otherwise advised to steer clear of caffeine, even that small amount of caffeine might matter.

In such cases it would be wise to ask your doctor if you can drink decaf, or if you should completely skip coffee.

If you're looking to just cut down on caffeine, but not necessarily with coffee, consider some of these teas to start your morning with. All of them contain caffeine, but in a much smaller amount than a regular cup of coffee.

Does decaf keep you awake ?

No, decaf coffee cannot keep you awake, since the amount of caffeine is very small. It will have no effect on your body, unless you're extremely sensitive to caffeine.

There have been cases of people thinking they've been drinking regular coffee for years only to later find out it was actually decaf. They still felt awake and alert, even with decaf, so what you think you're drinking actually matters.

I had a phase in the beginning of 2019 where I kept switching the coffee, looking for a great cup of Arabica coffee. I never found it.

But I did stumble in a decaf version of a brand I kind of liked, and drank that happily. Only I didn't find out it was decaf until half a year later when I was looking it up for a friend.

So again make sure you really check what you're drinking when making that cup of coffee. 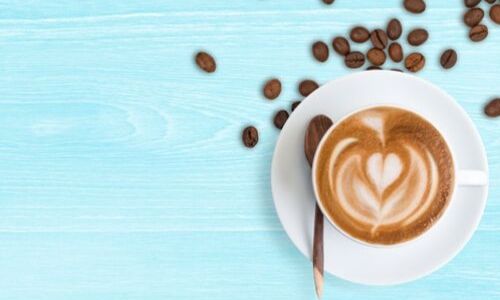 How is decaf coffee made ?

Decaf coffee is made in several ways, some more efficient than others. It takes time, lots of resources, and in some cases expensive systems to turn regular coffee into decaf.

The most common way to decaffeinate coffee is to rise the green coffee beans, before they've even had a chance to dry out, in a solvent bath. This means that the solvent bath will draw out some of the essential oils, flavor, and most of the caffeine.

None of the solvents have a harmful effect on the coffee ingested by humans, so the process is safe.

This leaves the coffee stripped of much of its initial flavor, and results in poor/weak cups of coffee priced the same as regular coffee.

Another common method to decaffeinate coffee is to rise it in water, essentially removing caffeine and essential oils and flavors, leading to a result very similar to the solvent method.

It's simpler to use but also relies on a lot of water.

The most efficient way to decaffeinate coffee is the Swiss water bath. It's efficient in that it's going to remove only the caffeine, and leave most of the flavor intact.

However it comes with a price, because the first batch of coffee beans must be thrown out. The first batch gets completely stripped, and the resulting 'brew' is going to have all the flavor and caffeine drawn out.

The coffee beans are discarded, and the second batch will only have the caffeine removed, because the water can only hold so much. Flavor and essential oils aren't drawn out since they have no 'room' left in the water, in terms of saturation.

This method leaves you with the best flavor, but is also the most expensive.

As for which coffee beans are used for decaf coffee, it's usually Robusta beans. Funny, when you stop to think that Robusta has 2.7% caffeine, while Arabica has only 1.5%.

However it's easier to use Robusta beans for decaf because they're much cheaper, and this helps offset the production cost. But it also results in kind of bad tasting coffee.

How much caffeine is removed from decaf ?

The amount of caffeine removed from coffee beans will vary depending on: the bean type used, the method used, and the exact bean harvest used.

So for example you could get a batch or poor Robusta with less caffeine than usual, treat it with the solvent method, and end up with a a small amount of caffeine left, say 0.04 %.

The maximum percentage is 0.10% for it to still be legally named 'decaf coffee'.

Most decaf coffee seems to have most of its caffeine stripped, about 97% or more. It should be stated on the coffee pack, either on the back or on the side.

Why is decaf coffee more expensive ?

The higher price for decaf usually comes from the production cost, even if using cheap coffee beans.

Even if the coffee beans used are Robusta, so dirt cheap, if they used the Swiss water bath the production cost would be higher than producing an average batch of Arabica coffee.

If the coffee company were to use actual Arabica beans, the coffee would not only taste better, but it would somehow also lose all flavor since Arabica is weaker than Robusta.

The production cost would be way higher, since Arabica is in high demand and it's one of the crops that yields a small amount of beans, compared to Robust.

The cheapest production method for decaf is the solvent, and a combination of this and Robusta beans will usually result in an average-priced cup of decaf coffee. 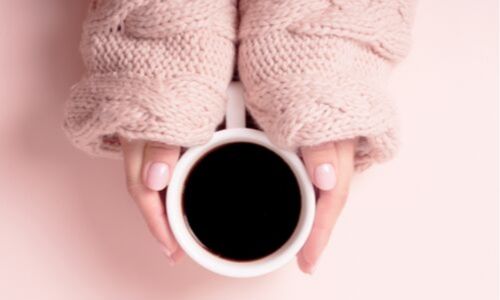 Does decaf coffee taste the same as regular coffee ?

Some say yes, some say no. For the most part that's up to you, the one who is actually drinking the coffee.

It depends on your tastes, and what you usually drink, and how sensitive you are to flavors (i.e. you might notice something or not).

Know that most decaf is made with Robusta beans, and if you're usually drinking Arabica then you're definitely going to taste the difference.

I think most often you'll notice a difference. After all, if the decaffeination process removes nearly all the caffeine, and a good chunk of flavor then something's bound to be different.

In general folks use about twice the amount of decaf when making a cup of coffee, as they would regular coffee, to compensate for the change in flavor.

Is it better to drink decaf coffee ?

In the long run it seems decaf coffee is the better coffee to drink. This is because with regular coffee it's easy to go overboard, and simply drink too much of it.

This leads to a high caffeine intake, which eventually leads to caffeine resistance, meaning you'll want to drink more coffee.

Aside from the side effects commonly associated with too much caffeine (jitters, cold sweats, anxiety), drinking too much caffeine on a regular basis means you won't respond to it properly when you actually need it.

For example if you're pregnant or breastfeeding, then decaf is the coffee for you since it won't affect the baby.

Elderly people are recommended to drink decaf as well, especially if they suffer from heart problems, and have blood pressure problems as well.

While decaf isn't as impressive or wonderful as regular coffee, I think it's a marvel that folks who really need something like decaf can actually have such a drink.

There is also another good thing about decaf, in a way. Most of the time it's made using Robusta coffee beans. These are the coffee beans with the least amount of fats and sugars present in them, leading to a slightly healthier cup of coffee.

Does decaf coffee cause weight gain ?

Decaf by itself doesn't cause weight gain, as there is no definite reason for it to do so. There is no more sugar in decaf coffee than there's in regular coffee.

This is in regard to black coffee.

If we're talking about coffee with sugar and milk/cream added to it, a problem could arise.

You see, since decaf doesn't work your liver and stomach as much (it was mostly the caffeine), you have the option of drinking several coffees a day, every day.

If you happen to develop such a habit, and regularly take your coffee with lots of milk, creamer, sugar, and toppings then it could lead to weight gain.

Other than that, there's no reason for decaf to lead to weight gain.

In short, decaf has the potential to please everyone, and lately there's even half-caf !

« Beginner's Guide To Cinnamon Tea - All About The Spice Tea
Does Irish Coffee Have Alcohol ? About The Boozy Coffee »