Knowing which espresso shot is which is going to save you a lot of trouble when following recipes or trying to figure out new drinks.

Regular espresso, lungo, and ristretto are the most common espresso shots. There's variations on them, and I'll cover those as well in this port.

But the main focus is the difference between each espresso shot size, and what that means for your coffee. 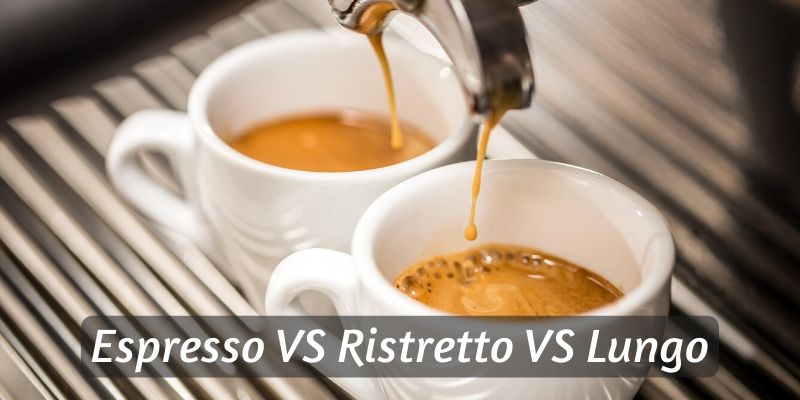 The general structure of an espresso shot

First, we need to make clear what a regular espresso looks like, sine we'll use this as a comparison/guideline.

Some might already know this, some might not. It's always best to brush up on your espresso knowledge, as the coffee lover you are.

So, when putting an espresso shot, you're passing very hot water (usually around 93 C/200 F) through a compact coffee puck.

What's very important here is when you stop the water, or in other words close the shot.

Now, some espresso machines calculate and use water as they're programmed. Some allow you to pull the shot manually and you can stop them at any time.

But most of them are almost completely automated, and all you can do is press the 'cancel' button when the espresso shot looks about right.

For example my parents' old espresso machine had to be stopped manually, otherwise it would keep pulling water through until it ran out.

So. This all means that you, the home barista, have to keep a close eye on your espresso shot if the machine isn't or can't be calibrated to pull an exact amount of water.

Anything past the 1 oz/33 ml with the same amount of ground coffee strays into lungo territory, which we'll get to in a bit.

The normal espresso shot: 7 to 9 grams of ground coffee, 1 oz/33 ml of brewed coffee including crema. This is what you'll usually get in coffee shops and when ordering espresso based drinks like latte, cappuccino, flat white, and so on.

A lungo is a drawn-out, weaker espresso

Next, the espresso lungo. This is the long version of a standard espresso. All it means is 'long', in Italian. I know, shocking.

What you're getting when ordering an espresso lungo is the same amount of ground coffee - 7 to 9 grams - but in double the amount of water.

So instead of getting a 1 oz/33 ml drink, you're getting a 2 oz/66 ml cup of coffee that's going to be milder in flavor than a regular espresso. This is assuming you're using the exact same kind of coffee for all your coffee shots.

Usually you'll see lungos being served as-is, or in some cases as something to build an Americano with. You won't really see lungos in drinks that require milk or flavorings, since it's too mild. Unless you as for it specifically. 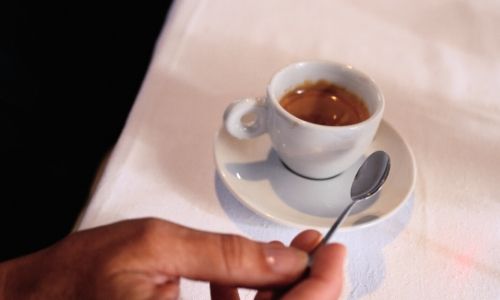 A ristretto is a stronger, smaller espresso

When ordering a ristretto you're going to get a very small drink. It honestly sometimes looks ridiculous.

It may come in what some folks call a demitasse. That's basically the world's smallest porcelain cup, usually under 3 oz/99 ml. You'll find such cups when ordering Turkish or Greek coffee as well, since they're very small, concentrated coffee servings.

So, a ristretto is going to use the exact same amount of ground coffee as a regular espresso, but half the water. So 7 to 9 grams of ground coffee, but only 0.5 oz/15 ml of actual brewed coffee.

This makes the drink

The less water, the stronger the coffee (usually)

Something to note here: the strength of your espresso shot, how strong the flavor is and how bittersweet it ends up has less to do with the amount of water, and more with the coffee beans themselves.

Some coffee beans give a stronger flavor, like Robusta. Most coffee companies offer a blend of Robusta and Arabica, especially for espresso. And no two coffee bags are ever going to be the same.

The weather when the coffee plant was growing and the quality of the soil are going to influence your coffee very much.

That being said, on average you will get a weaker cup of coffee if you use more water.

Which is why, on average, a ristretto is going to taste stronger or more concentrated than a lungo. But not very much different from an espresso, since that's a pretty strong coffee too.

In truth the difference in strength between a regular espresso and a ristretto is smaller than espresso and lungo.

So if you're looking for some really strong coffee in your latte, it won't really matter if you're asking for espresso or ristretto, but it will matter if you ask for more double or triple shots. 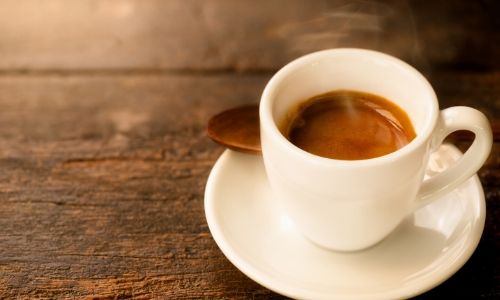 Speaking of double shots, let's talk about the doppio. That's what a double shot of espresso is called, but you'll often find it with just 'double' on the menu.

The best thing about it ? It's got twice the caffeine of a regular espresso, and twice the size.

Want more good news ? You can make it a triple shot. This will raise the overall caffeine levels to about 180-190 mg for 3 oz/99 ml of coffee.

As for how a double and triple shot of espresso are made, we simply have to add more coffee in the portafilter and let more water run through.

For example for a doppio/double shot, you'll need to add anywhere between 14 and 18 grams of ground coffee. Let double the amount of water run through, and you've got yourself a double shot.

For a triple shot (less common than double) you'll need 21-18 grams of ground coffee, and three times the amount of water.

Now, not all portafilters can take that much coffee. Most will only let you do a double shot, so make sure to measure yours at home. Keep in mind the ground coffee is measured after being tamped into a thick, dense puck.

Also, if you ever want to do a double ristretto, you totally can. Simply load the portafilter with enough coffee for two shots, and let only 1 oz/33 ml of water run through.

You can do the same with a triple ristretto, and stop the water at 1.5 oz/45 ml. 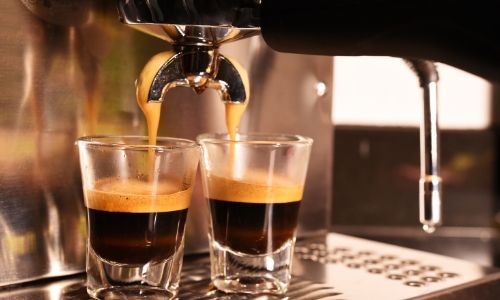 A red-eye espresso is a whole other drink

So what about the red eye ? Let's just clear up the fact that it has a whole lot of names but is essentially the same coffee.

A red eye is a regular shot of espresso, which is poured into a serving of regular drip coffee. Meaning, you'll get a cup/mug of filter coffee, with an added shot of espresso.

Some places do it the other way around, pouring the filter coffee into the espresso. There isn't much difference between them in terms of taste, but the will look different.

The espresso-first approach preserves the crema on top of the coffee, where as the other version might end up with nearly no crema at the end.

Now you know pretty much every way an espresso shot can be made. Whether you ask for a single or triple shot in your latte is up to you, but I recommend trying all of them out at different points, to see which you like most.

For me a single shot of espresso is enough, and I usually take it black, ristretto since I'm not a terrible fan of espresso in terms of taste.

But a nice espresso never hurt nobody, and I'm sure you'll agree.

« Iced Coffee VS Cold Brew Coffee - 5 Differences In Taste And Brew
Green Tea VS Oolong Tea- Which Is Better For Weight Loss ? »