Nitro coffee is one of those amazing new inventions that became an instant game changer. You take a cup of regular cold brew and turn it into the world's creamiest, foamiest cup of coffee possible.

There's a few questions we all have though, so I'm here to answer the most basic ones we all have. 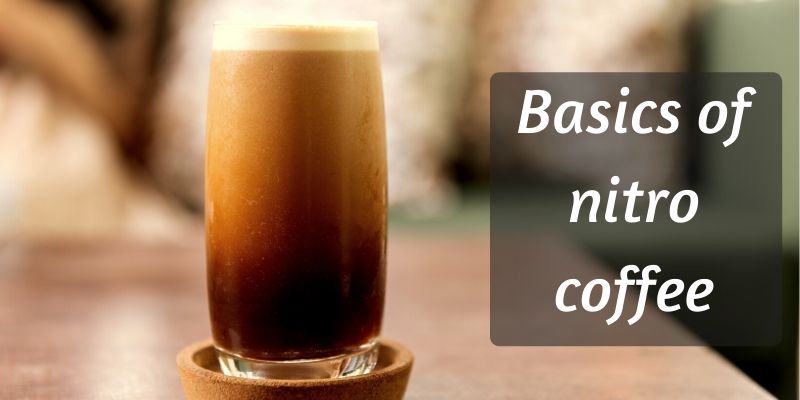 What is nitro coffee ?

Nitro coffee is simply coffee that's been infused with Nitrogen (colorless, odorless gas), through a process very similar to how soda or sparkling water are carbonated.

The bubbles made by Nitrogen are very, very small and form a sort of foamy, creamy feel when drinking the coffee.

If you were to look at a cup of nitro coffee you'd notice it looks much lighter than regular coffee, and very much like foam. It resembles beer foam, the very thick, fuzzy kind. Others compare it to microfoam milk.

Also, due to how this kind of coffee is made it often results in a higher caffeine count, prompting more folks to become new fans.

Nitro coffee is hailed as a sweeter, better version of regular cold brew coffee and is currently the most sought-after cup of coffee in in most establishments.

Currently there is no evidence for nitro coffee being bad for one's health.

As for research into how healthy it actually is, the debate is still going on.

For example, according to Healthline.com there is no difference between regular cold brew and nitro cold brew coffee, in terms of health benefits.

One thing we should discuss, though: nitro coffee, with its thickness due to bubbles, tricks the tongue into detecting less bitterness. This results in a much lower need for sweeteners or milk/creamer to be added to the coffee.

This is in part due to the added Nitrogen, which creates so many bubbles it alters the way we perceive taste, and also because cold brew coffee is sweeter in general.

The reason is that less acidity and bitterness get extracted during a cold steep, and nitro coffee is done exactly this way.

So, while nitro coffee isn't that much healthier or better than regular cold brew, it's at least not providing added sugars.

And so far, it's not been deemed 'unsafe' by the FDA or other organisations. 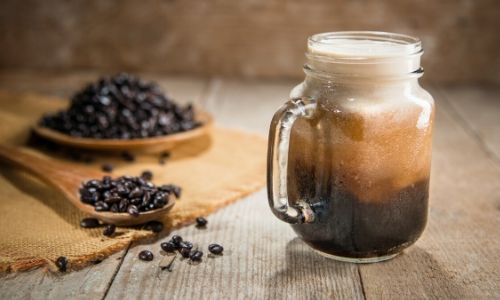 No, it does not have to do with adding the Nitrogen itself.

The extra caffeine in nitro coffee is due to three things.

First, cold brew coffee naturally has more caffeine because it has a much longer steep time, and it allows all the caffeine to release from the ground coffee beans.

Second, cold brew uses more ground coffee than regular coffee, since it's almost like a coffee concentrate. You can find differences as big as 120 mg between nitro cold brew and a regular double shop of espresso.

My article on Startbucks' top 12 coffees looks at the caffeine levels of their cups of coffee, and guess what's at the top of the list ? Nitro coffee. If you're looking for a caffeine kick, that's your best friend.

And the third point, keep in mind that nitro coffee is nearly completely foam. This means it needs to be made extra-extra strong, in order for you to properly feel the taste and get your caffeine. This results in a super-charged cold brew.

So it's not the Nitrogen that's adding more caffeine. Instead, it's the fact that they need to make the coffee stronger if they want to add Nitrogen at all.

Can you add nitro to hot coffee ?

No, at least not as far as I've seen. I believe the reason behind this is that warm/hot beverages don't keep gasses well. They help the gas release quicker from the liquid, and would defeat the purpose of nitro coffee.

The difference between hot microfoam milk and hot nitro coffee is that the microfoam is made up of fats and protein, and they need heat to keep air bubbles in.

Hot Nitrogen would escape very easily from a cup of hot coffee.

There are a couple of companies currently trying to offer hot nitro coffee, but research is still ongoing. I'm sure it's going to be big news is they actually get a breakthrough.

Can you make nitro coffee at home ?

Please keep in mind that making your own nitro coffee isn't easy. As in, you need to be careful and mindful of what you're doing. The preparation of the keg has quite a few steps, and everything must be completely chilled.

Also note that the keg and the Nitrogen cartridges usually come separately.

I've take a look online and found both a keg and a cartridge set that work well together. Now all you're missing is the actual cold brew coffee.

So, let's start with the keg. This is the container in which you'll be adding your cold brew, and adding the Nitrogen cartridge to. The nitro coffee will come out on a tap, and the keg needs to be stored in the fridge.

But you'll need to only fill it halfway, maybe a little more. This is because you need to allow room for the Nitrogen to do its thing, and it will make the total volume of the coffee much larger.

You can find the Royal Brew keg on Amazon right here.

If you'd rather have more nitro coffee, they also have an 128 oz/4 liter option. That one uses double the cartridges of the 64 oz one.

The keg (any of them) comes with instructions and you'll find instructions on their Amazon listing as well. But please remember to be careful since this is a device that is under pressure when used.

You can find the Nitrogen cartridges on Amazon right here.

Keep in mind that when you're using cartridges you'll need to look at the weight of the gas. So if you've already got a nitro keg at home, and it needs an 8g cartridge, that would be the equivalent of 4 of these.

As long as the actual dimensions of the cartridge fit, you're good.

Also keep in mind that making your own nitro coffee at home is a bit of a commitment. You need several boxes of cartridges to sere a whole party of guests, or for yourself if you drink them often.

And the cleaning routine for the keg is very specific, and important.

So, now you know the basics of nitro coffee. What nitro coffee is, why it tastes sweeter, and you can see why everyone's kind of going crazy over it.

You can totally make your own at home, or get a fresh cup from your nearest coffee shop. Whichever way you get your nitro, I hope you enjoy it fully.

« Does Passion Fruit Tea Have Caffeine ? Know Your Favorite Tea
Nitro VS Cold Brew - 4 Differences And How To Pick One »