If you're looking for alternatives to dairy milk for your morning coffee, then you've come to the right place.

Nowadays there's a plethora of options available for all to enjoy.

Some folks might opt for plant milks because they're vegan, others may have lactose intolerance, and others (like me) may simply love the texture and flavor of some milks.

But which is the best in coffee ? And is there such a thing as 'the best milk' ? 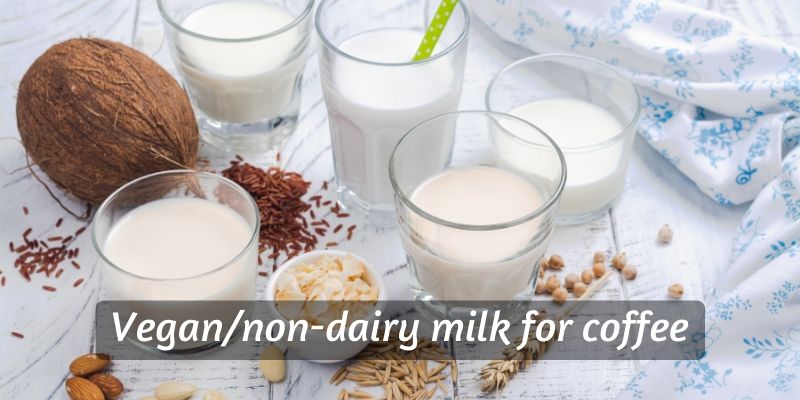 What is the best vegan milk for coffee ?

While each person is entitled to their own opinion and likes, there is such a thing as 'majority consensus'.

And that consensus seems to be that soy milk is the best plant/vegan milk for coffee.

This is partly because it was the first vegan milk that was available and baristas learned with it.

In time their skills became better and better at steaming and frothing soy milk, but it wasn't just that.

The second reason is that of all the milks, it steams and froths very well and it behaves pretty much like dairy milk. This makes it easy to work with.

The fact that it's got a very neutral flavor definitely helps, since it won't overpower the rest of the coffee. If you're working with specialty coffee then this point is very important.

But what if you don't really like soy milk ?

What about all the other plant milks on the market, are they any good ?

Well, it seems they are because there's lots of people using them in coffee shops as well.

For example oat milk, almond milk and rice milk have become as common as soy milk in pretty much every establishment.

While they may behave a little differently than soy milk when steamed, they're still delicious alternatives.

Personally I like rice milk best, as it's a little salty and earthy and doesn't stand out in the coffee, but rather compliments it.

Let's talk a little about the two main types of non-dairy milks, so you can really get a grasp on them and make an informed decision when picking your favorite. 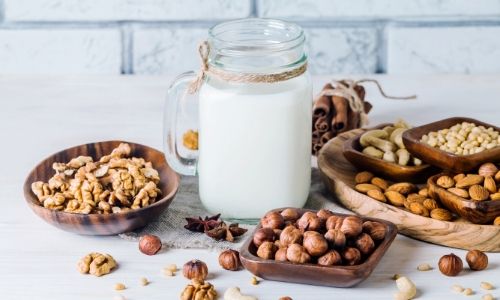 Nut milks tend to be the best for steaming

If you're a barista, professional or not, you might tend to steam and froth the milk pretty much every time you pull a shot of espresso.

It's become a sort of second nature, and one of the things you think about when buying milk is how well it'll steam.

Nut milks might be the best option for you, if you're looking to make latte art or a flat white or anything that might need the milk to be more than just warm.

The reason for this is that nut milks have the highest protein and fat percentages of all the vegan versions. I'm including soy milk here as well, even if it's a bean.

In order for the milk froth to keep its structure, you need proteins that will form a bond when exposed to high heat (coagulate).

And the fat will provide the froth with more ...froth. Much like the crema in espresso, froth is mostly fat and protein that's been exposed to lots of pressure and a high temperature.

Examples of nut milks are: almond milk, coconut milk, soy milk, cashew milk. There might be new nut milks available on the market that I'm not aware of, but these are the most common ones and you can definitely find them in nearly every grocery store..

If you're not very much into fatty milks then you might want to opt for milks that aren't based on nuts, but rather cereals or plants.

These have a little more fiber to them, but are lower in protein and fats than the nut milks.

They're a good option if you're trying to replace skinny milk with a vegan alternative.

Also as a result of the low protein and fat content, they'll froth less than nut milks and may not sustain it for as long. They can definitely be worked with, if that's your concern.

It's just that the others work better.

Examples of plant-based milk are: hemp milk, oat milk, rice milk. These are the most common and you'll find them easy enough in grocery stores. 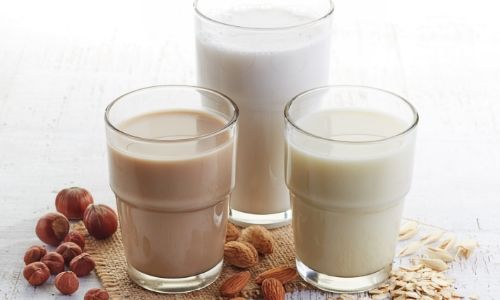 Alright, so you know which milk steams/froths well, and which doesn't.

But what about flavor ? That plays an important role in how you choose the milk because it will influence the final flavor of your coffee.

And if you're a barista serving coffee to customers, it's your job to inform them that the milk they chose will flavor their coffee.

People aren't always aware of how strongly one flavor can peek through another, and you save yourself a lot of trouble by explaining this beforehand.

Oat, soy, and rice milk tend to be neutral

If you're looking for a kind of milk that won't overpower the coffee or change its flavor too much, then you're going to need a different list of milks.

Some nut milks are stronger, some aren't. Some plant milks are good and mellow, and some are too strong.

Oat milk - nice, clean flavor that will really compliment the coffee, rather than try to say its own story.

Soy milk - also neutral, a little fattier so it might be better for harsher coffees.

Rice milk - also a good plant milk, has a vaguely dusty texture, and has a mellow flavor that makes it just a tiny bit salty. This compliments the coffee very well, in my opinion. 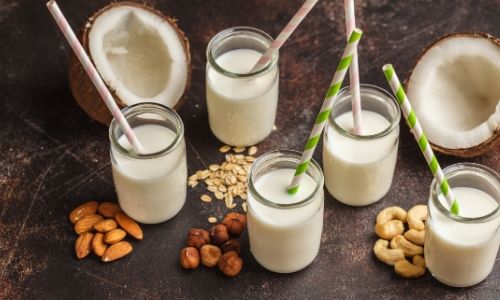 Other milks are definitely more flavorful. If this is what you're looking for then this list might just help you.

Almond milk - if you get it unsweetened, it'll just taste like almonds and a little bitter. The flavor will show through the coffee and might blend well with most Arabicas.

If you get sweetened almond milk, be aware that your coffee might taste like it has almond syrup added.

Coconut milk - definitely strong, stronger than almond milk. Has much more fat and this will really cancel out the overly bitter tones in coffee.

It would work well with a Robusta blend, or very strong cups of Arabica.

Cashew milk - thicker than most, and has a creamy mouthfeel to it that makes it almost sweet. Again, it would go well with strong coffee. The flavor of cashew itself isn't very strong, but the creamy sweetness is definitely noticeable and will change things.

Hazelnut milk - also very strong in flavor, like almond milk. Not easy to find, so what you may find might just be sweetened and have some stabilizers added.

Goes very well with chocolate-y coffees, and might be a good combination with rice milk.

Whichever plant milk you end up choosing, I hope this article's helped you figure things out.

I know we all have our preferences, but knowing which milks are better for what is really going to help with making the best coffee ever.