Home » Coffee Drinks » Exactly What Is An Iced Latte ? 3 Things That Make It Special

As warmer weather approaches iced coffee seems to be on everyone's mind.

One of the key players is iced latte. Simple, milky, and damn delicious.

But just what is an iced latte, and is it any different from regular latte ? Aside from the ice.

As it turns out, there's quite a difference between the two. So let's get into that. 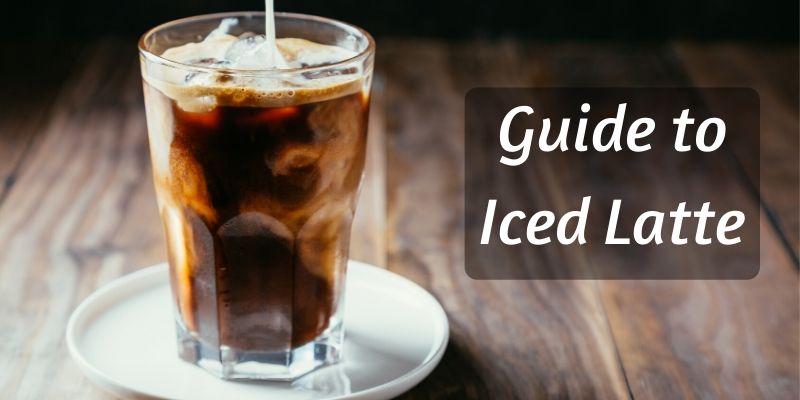 So what is an iced latte ?

An iced latte is, in its simplest form, the cold version of a regular latte.

Not a latte that's been left to cool.

It's a combination of hot espresso with cold milk and ice.

It's extremely common during summer or whenever the warm weather hits, and it's really a treat of its own.

When ordering an iced latte you'll get something very close to regular latte, but not quite the original. This is because some elements of the hot latte simply don't translate well into the iced version.

One of the most obvious differences is the milk. Aside from being cold, it's not frothed or steamed in any way. The foam would have a very difficult time keeping its structure over ice, resulting in a lack of microfoam or froth.

So let's talk about the main elements of an iced latte, and see how they all come together to form this iconic drink.

A cold variation on regular latte

An iced latte has all the elements a regular latte has.

Espresso and milk, in roughly the same proportions.

However the way they're combined is different, and this creates a whole new drink.

Simply getting a hot latte and dropping 10 ice cubes in won't achieve the same effect. 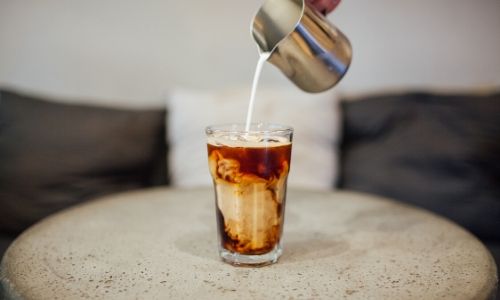 1. The milk is cold, not frothed

One of the most important differences, aside from there being ice in the drink, is the way milk is handled.

Or rather, not handled at all.

In a regular latte the milk is steamed and frothed, which results in two things.

First, the drink is smooth and rather creamy due to microfoam and steamed milk.

Second, the overall amount of milk isn't as much as the volume would suggest. A good portion of it is aerated milk. The barista works with the volume of milk, not the weight of milk.

In an iced latte, this is different. The milk isn't steamed and thus there is no foam or froth or any form of aerated milk.

Meaning the milk's volume is pretty much the same as its weight. So, this may result in a much milkier drink than the hot version.

If you're not a fan of this, you can ask your barista to use a double shot of espresso and the ratio will be similar to the hot latte.

Another point to consider is that the cold milk tends to milk with hot espresso differently than hot milk.

2. The overall flavor will be different

All of the above result in a very different flavor.

The coffee is cold, the milk is cold, and there's ice involved. This all results in less caramel/sweet notes in the coffee.

There are more 'fatty' or sweet notes, due to the milk. If you've ever had cold milk you know what I mean, the natural sweetness is more pronounced.

There's also the way the entire drink is mixed. This depends on the barista, but you may get two main types of lattes.

The first is the poured/stirred version. This means that all of the ingredients are simply poured into the cup, after the ice is added. The drink is then stirred with a very long spoon (or similar utensil).

Stirred drinks are less aerated and also have more flavor 'streaks'. There are pockets of coffee flavor here, milk flavor there, and that's alright. Some folks love this version, some don't.

The second version is the shaken. Yes, the way Bond likes his drinks.

This means that the barista is going to shake the entire drink in a metal shaker, with a bit of ice, and then pour it into your cup.

Due to size constraints, this is usually done with smaller versions of latte and not with a lot of ice. More ice may be added later.

The final product is a very well blended drink that's also got a bit of bubbles, at least near the top. Some prefer it this way, and some may think it's just too much.

Again, all of these possibilities simply mean that the iced latte will taste different from a regular latte.

Even if nothing else was changed, aside from the drink being cold, it would still be different.

This is because the tongue picks up different flavors when the food/drink is hot or cold, resulting in very different experiences.

Think of the difference between cold water and room temp. 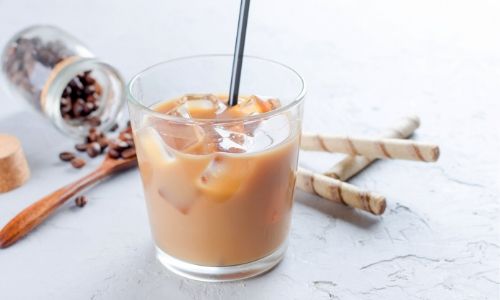 3. Iced lattes tend to be larger

Another item that will make iced lattes really stand out is the serving size.

Now, if you're getting iced latte from a coffee chain that serves big drinks in general, there won't be a difference.

However if you're getting it from a regular coffee shop, it will come in a bigger glass/cup than the smaller 10 oz/300 ml latte.

The liquid part of the drink is the same size as the regular. It's the ice that will take up a whole lot of space in your cup, and make it appear very large.

It's also very nice looking when you're out in the sun and you can see the ice cubes just chilling in there with the coffee.

Making your own iced latte at home

You can totally make your own iced latte at home. It;s actually a bit easier than hot latte, because you won't need to froth the milk.

All you need for iced latte at home is:

As long as you've got those items, you're ready to go. If you've got an espresso machine then you've also got ground coffee (or a K-cup) and can pull a decent shot.

We'll start by preparing the espresso, since this needs to cool as much as possible before mixing it with the rest of the drink.

You make your espresso whichever way you like it best. Just keep in mind that you'll need t transfer it from the small cup it collects in, into the big cup you'll be serving the latte in.

Or, if your machine has that much room under the portafilter, use the big cup in the first place.

Don't bother with the crema too much, since it will pretty much disappear into the drink and milk and ice. There won't be any latte art here, this time.

So prepare your espresso, and maybe make it a little stronger than usual. Remember, we're using more milk than for a regular latte and this will cut right through the coffee.

Once the shot is pulled, let the drink rest/cool a little. If you can get it lukewarm that's great.

If you won't have the patience for that, just let it rest until you prepare the other ingredients. 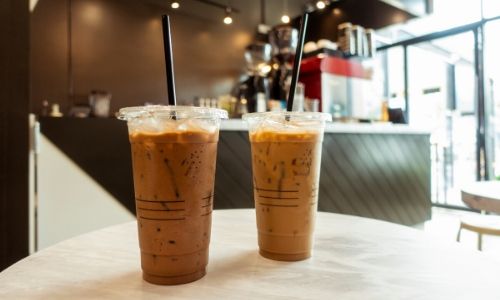 Measure out the amount of milk you need for this drink. Lattes are usually a 1:6 ratio of coffee to milk, but you can go for more milk if you like.

Take the ice out of the freezer, and decide how much you want.

Personally I would go for half a cup full of ice, and top the rest with the drink.

Be sure to take this into account when deciding how much milk you add. You can quickly run out of room in the cup if you're not careful.

3. Combine, shake with ice if desired

If you've got a shaker, add the espresso shot, milk, and 2-3 ice cubes, close tightly and shake as best you can. This will help cool the espresso as well.

Pour into the serving cup, and top with remaining ice.

Or, if you'd rather just stir it, do it like this: in the serving cup add the ice (most of it), then the espresso. Stir a little to cool things down, then add the cold milk.

Stir until everything looks combined, and top with remaining ice.

In both cases if you'd like to sweeten the drink then a simple syrup is best. Or, a flavoring syrup, since that will also add a nice twist to things.

Normally, you'd be done at this point. The espresso and milk are mixed, there's ice in there, and all you have to do is drink it.

But if you're really, really missing the creamy texture of a hot latte you could cheat a little by adding whipped cream. But make sure to whip it just a little, so it doesn't form stiff peaks, but rather soft ones and melt a little.

Top the drink with the whipped cream and you've got yourself one of the most extravagant iced lattes possible. 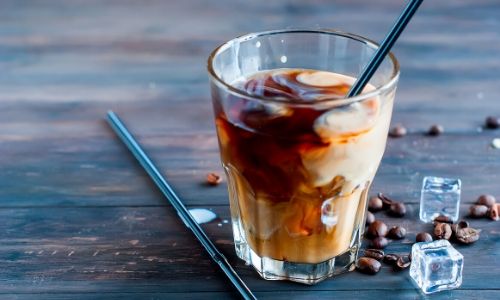 Iced latte is pretty simple, in a way. It may sound like it's just cold regular latte, but in truth it's really a bit more than just that.

The best part is that you can totally make your own at home, and it's so much easier than a hot latte - no steaming and frothing !