Ever stared blankly at the supermarket shelf, wondering which coffee to pick, and the only difference was that one is "100% Arabica" and the other says "Original Colombian" ?

The labels on coffee bags are sometimes unclear, and unless you know your beans, they can be actually frustrating to tell apart. 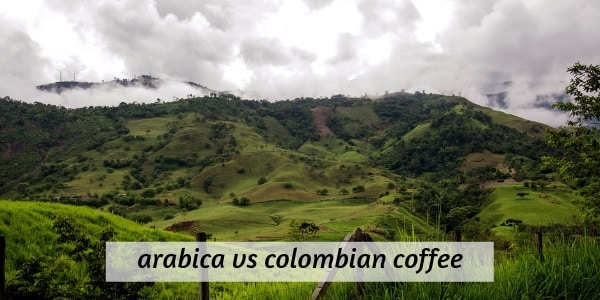 Arabica is one of the two types of coffee in the world, and Colombian coffee is Arabica coffee that is grown in Columbia. The soil in which the coffee beans grow, and the way they are processed impact the final flavor of your brewed coffee. So Colombian coffee is distinct from other Arabica versions, because the soil is better and the beans are processed a bit differently.

So you can say that the difference between Arabica and Colombian coffee is the same as between chocolate and pralines. One is the base out of which the other is made.

Now let's clear up a bit the confusion between coffee beans, so you get a better grip about why it matters if the coffee is Colombian or not.

Most coffees are either Arabica or Robusta variations

There are 2 types of coffee beans out there, and one is Arabica, while the other is called Robusta.

Arabica is the most sought after and common type of bean, because it has a sweeter, milder flavor and has actual notes of honey or vanilla or fruity tones to it, depending on where it was grown or what strain you're getting.

Robusta is the lower-quality bean, or at least is considered so, because it's got such a strong taste and is definitely bitter compared to Arabica. Most folks prefer Arabica, so the coffee industry is happily obliging that. Funny enough, Robusta is the one with more caffeine - double as much as Arabica.

So you will often find blends of these two beans, to balance flavor and caffeine, and you can also find pure Arabica or Robusta.

Now, Colombia grows mostly Arabica. Almost exclusively Arabica. So even though it's an Arabica beans, it's called Colombian for better origin tracing and quality control. Plus it just sounds fancy.

On the same note, there's Vietnamese coffee (the bean, not the drink) which is just Robusta beans.

That means that whenever you're out there looking for your next bag of precious coffee, the country will tel you two things: the type of bean and the elevation it's grown on.

Where the coffee was grown matters

This is because coffee needs the area between 30 degrees South and North (known as the coffee belt), with volcanic soil, wet or at least humid climate, plenty of warmth, and quite a bit of shade. Sounds a lot like a rainforest/jungle, no ?

So this means that Columbia is one of the best places to grow coffee, is not the best. Other notable coffee exporters are Brasil, Indonesia, Ethiopia, Vietnam, and other such countries with a lush climate.

Volcanic soil has the nutrients coffee needs to grow to its best version. This is true for all plants, actually. Same reason Iceland has an amazingly bright a lush green countryside. The only problem is that it's too far north to grow other types of plants.

But if it were close to the Equator it would be the number one exporter, I think.

Back the the actual coffee growers, some will grow Arabica, some will grow Robusta, some both. I don't know why this is, but you can safely rely on this fact to correctly guess what type of bean you've got, if it's never marked on the label. A handy map can be found here.

Another important factor, aside from the soil, is the elevation. Coffee plants grown best between 1200 and 1800 meters above sea level. That's 0.74 - 1.11 miles for non-metric folks. Many countries have such elevations, but not the necessary soil.

And finally, there comes the problem of heat, indirect sunlight. Something like a sort of greenhouse is what coffee plants need. Most plants, actually, don't need direct sunlight and will actually wither away if kept in the sun too long.

So a humid climate will give the coffee plenty of water to drink and provide the moisture to keep things cool-ish, but the heat will make everything grow faster and beautifully.

As for indirect sunlight, coffee is usually grown mixed with other plants that grow very tall and can give them proper shade. Most notably, coffee plants are grown with banana trees as siblings.

I don't know about you but I find that very endearing, given how well banana and coffee go together as flavors. 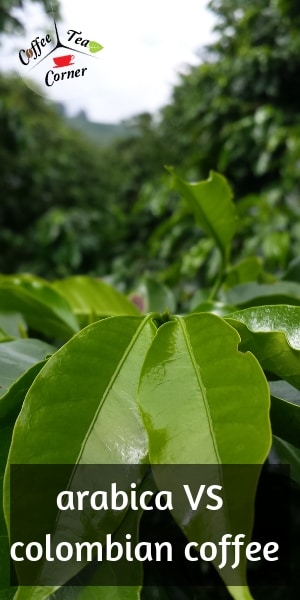 The coffee cherries - the beans are actually the pits - are picked, then mashed with a pulper. This leaves the beans/pits in a mucus-sort of pulp, which is then washed off over a couple of days. Sometimes even more. This involves a serious amount of water, lots of skill, and more water.

The remaining beans are then died and roasted to different levels. This way the beans get a different, milder flavor than the usual process of getting to the beans.

Normally, or the traditional method, has the cherries dry up in the sun, and then the beans are removed from the dried fruit. There is no washing involved since there is no moisture left.

So in this way, Colombian beans have a softer, milder taste. However this has become common practice for many Latin America coffee exporters, so you'll find Brasil coffee that was washed as well.

This raises the price on Colombian coffee, since the process itself takes time, skill, lots of water, and imparts an aroma that most people consider to be better, or of higher quality. You might like it or you might not, but that's the main reason.

What you're getting when buying Colombian beans

So what is Colombian coffee, in the end ? It's an Arabica bean, grown in a high enough elevation with the necessary climate (humidity, sun, warmth) and with the best processing method possible.

What should be noted though is that Columbia's coffee export has started to decline since 2006. This is because of the global warming's effect on the local climate. The overall temperature and humidity have increased in that area, making Arabica beans not grow as well as they used to before.

I hope I helped you find the differences between Arabica and Colombian coffee. There really can't be a comparison between them, since they're like comparing apples to red apples.