Cafe au lait, otherwise known as cafe con leche, is a quintessential European coffee drink. It's so common throughout the continent most folks don't even know it's 'a thing', it's just what their coffee is usually served as.

However for those coming to visit Europe, this sweet and gentle cup of coffee is a sort of wonder, and a nice, warm cousin of the Western latte. 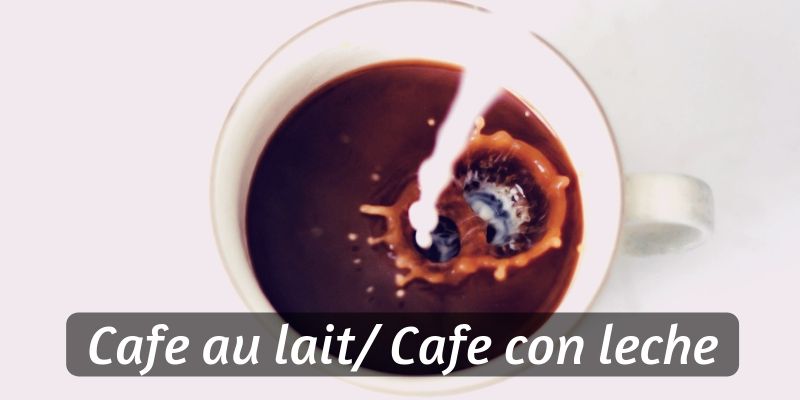 What is cafe au lait ?

Cafe au lait is the combination between a strong cup of coffee (usually espresso or Moka), and hot milk. The milk can be steamed, or scalded, even lightly beaten with a frothing wand.

Most of the time the drink is sweetened, and this leads to a very flavorful cup of coffee, which in turn leads to somewhat large serving sizes.

It's one of the most common types of coffee to drink in the morning in many European countries, though it's enjoyed on other continents as well, even if the name is different.

You'll find cafe au lait in Spain and South America (known as cafe con leche), and in Germany as well, known as milchkaffe. Other countries have this kind of coffee as well, and nearly all of them have the same name - each language's version of 'coffee with milk'.

As you might guess, the recipe for cafe au lait is very, very simple - just mix coffee and hot milk. And you're right, it is in fact simple. But there are a few details you might have to consider before starting to make your very own morning cafe au lait.

Let's go through the recipe, and you'll know what I mean.

Cafe au lait is simple enough, but you have to have everything in place before you begin. Like with any sort of cooking or brewing, knowing your ingredients and their place and role is key here. As well as having them at hand.

And that's pretty much it. The whole operation will only take a few minutes, and it won't be hard to make either the coffee or heat the milk. So let's get down to business.

Most of the time coffee is brewed with a Moka pot

Alright, we'll start with the coffee. You can make this coffee in any way you like, literally any coffee will do the job here, as long as it's brewed strong.

That being said, there are some favorites, yes. Those are the espresso machine, since it brews such a bold cup of coffee. And the Moka pot, since it's a close second to the espresso, in fact kind of being its precursor.

If you're making espresso shots, make sure to brew several shots until you get to 4 oz/120 ml. Most espresso machines have a 'double cup' button, especially the fully automated ones.

A word of warning though, if you're using espresso shots you might get a little more acidity in your coffee, depending on what coffee you're using.

Or, if you'd like a smaller serving (less than 8 oz/236 ml) then you can just brew a couple of standard espresso shots to get 2 oz/66 ml, and then add just as much milk. You're effectively splitting the recipe in half which is alright.

Personally, I use a filter coffee maker, and just brew the coffee stronger (add double the coffee). It's going to taste different, yes, but it's still cafe au lait.

On the same note, you can also brew in a French press a double strength coffee and still get a cafe au lait when you mix it with hot milk.

This works with an Aeropress as well, possibly even better since it can get you a cup of coffee that's very close to an espresso.

All that being said though, the favorites are espresso machine or Moka pot, since those can guarantee you a damn strong cup of coffee.

Most folks have at least one of the two, so I'm going to assume you've already got something to make coffee with.

So, brew your coffee strong, and collect it in an empty, warm cup where you're going to keep it until the milk it done. This is important, since it does matter which you pour first, the milk or the coffee.

The answers is: the coffee goes into the warm milk, not the other way around. The flavor is somehow better, and it requires almost no mixing.

So, brew your coffee and keep it on hold until the milk's done.

The milk is warmed, and sometimes frothed with a wand 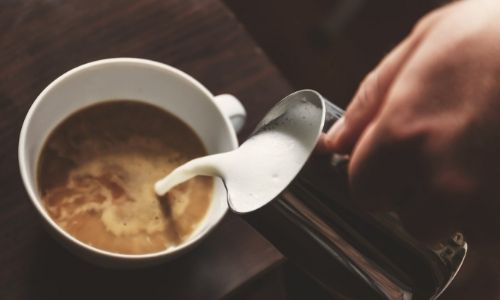 When you're getting the milk ready, you have the option to use the milk as-is, just warmed, or you can froth it.

It's up to you how fancy you want to get with this drink. It's normally not a very fancy drink, but rather a more everyday coffee drink.

When I brew mine I just warm the milk, but I also add in a tiny pinch of salt. This brings out the sweetness in the milk, much like you need a pinch of salt when baking cookies, or in salted caramel.

So there you go, that's my tip for you: add just a couple of grains of salt to your milk.

This is best done with a metal pitcher, which you're going to set on the stovetop and heat until you reach that temperature. Or, if you have no thermometer know that your milk should be at that point where if you smell it, it smells like hot milk, but it's not steaming yet.

If you're feeling very adventurous know that you can also heat the milk in the microwave. It's not something I recommend everyone do. You can very. very easily heat the milk too much and have to go everywhere.

You can stop here, or you can froth the milk. If you decide to froth the milk, make sure that the vessel, cup or whatever you've heated the milk in is less than half full. This is because the milk will grow in volume, even if we're not going to froth it all the way.

To froth the milk you need a milk frothing wand, and you'll need to introduce said wand all the way to the bottom of the cup. Make your milk as frothy as you like, or just get microfoam, it's up to you.

I suggest you only produce a layer of froth on the upper part of the milk, and leave it at that. Making microfoam will mean you need a way bigger serving cup since this won't all fit into an 8 oz cup. 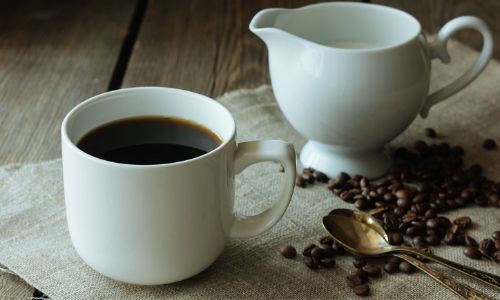 Once your milk and coffee are done, it's time to combine them.

Your milk should be poured into the cup you're planning on drinking from. whether you've frothed it or not, it should have enough room for 4 oz/120 ml of coffee.

If you're using frothed milk, add the warm milk first, and reserve the foam for now. Then pour in the strong coffee, and you'll notice the milk starting to turn a light tan/brown color, and by the time you're done it should not really need any stirring.

If you want to add sugar or sweetener, you should do this now so you can stir the drink. Once this is done, spoon the frothed mil on top, if you've made any.

And you're done ! Cafe au lait is now one of the coffee drink recipes you know, and will quite possibly master in the near future.

It's a very simple coffee drink, but it's pretty delicious. I've had my coffee like this since 2013 I think, and I've also went way too far with the milk and sugar sometimes.

If you're drinking it then you'll soon notice it's becoming your favorite way to drink coffee. It's mellow, it's milky, it's slightly creamy, and the perfect way to start your day.