Home » Coffee Facts » Cappuccino VS Latte VS Mocha - Which Is The Best Coffee Ever ?

Can't decide between a mocha, cappuccino, or latte ?

All three are amazing espresso drinks, but they each bring something different to the table.

So let's break them down and see which is the best coffee out there, for each purpose.

Remember, your favorite may be different from another person's. After all, this is a very subjective topic.

Let's start with each drink in particular, and go through their key points. 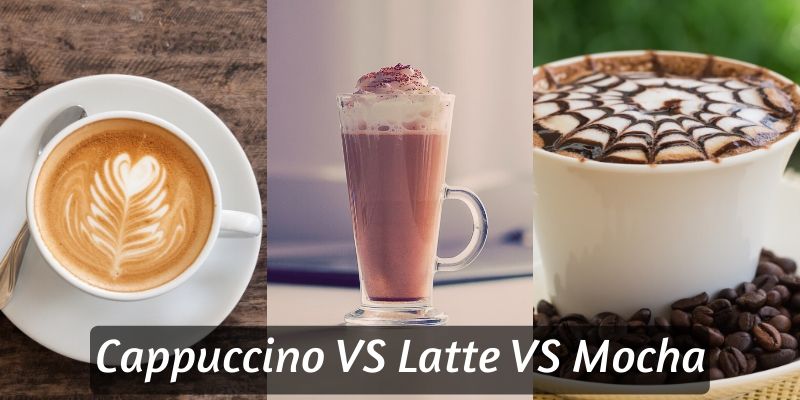 What is a cappuccino ?

Cappuccino is most probably the most well known espresso drink, right up there with latte.

It's a milky drink, done with a shot of espresso and another 2 layers of milk, traditionally.

Most of the time though, the barista will try to form the perfect cappuccino. That is, light and milky, with a definite espresso flavor. Enough milk to round the edges, but enough espresso to really bring everything together.

Usually the cappuccino is made and served in a 5 oz/150 ml cup, sometimes with the top domed from the frothed milk.

Both the cappuccino and the latte offer latte art on top. 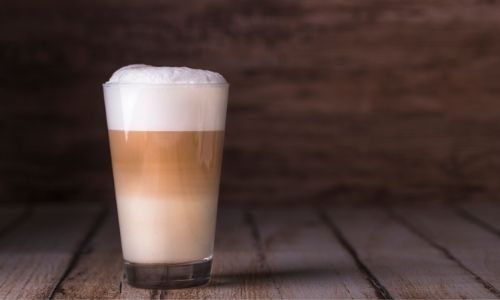 What is a latte ?

A latte is what some would call 'just a bigger cappuccino'.

While they're not completely wrong, the latte isn't as simple as just doubling the volume of a capp.

The difference here is that microfoam is a finer, denser version of milk froth. The milk is very well aerated, with very tiny air bubbles that turn it into a sort of creamy liquid that sits on top of steamed milk.

This also makes the crema from the espresso blend better with the milk, and the resulting latte art is better defined.

The usual ratio of espresso to milk for a latte is 1:7, resulting in one shot of espresso and the rest being half steamed milk, and half microfoam.

Now, you may find lattes with more microfoam and less milk, or more milk and less foam. It really depends on the barista's skill and what he/she considers to be the 'best' version of a latte.

That's a very personal subject and you won't really find two lattes that are exactly the same.

There's also a big difference between lattes bought from a coffee shop, and those from coffee chains.

Usually coffee shops offer 'smaller' lattes, that don't really get past 10 oz/300 ml. They're made with a little more care and will often have a higher quality coffee flavor.

Coffee chains do offer larger lattes, and they're almost always flavored or can be flavored with whatever you want, though the coffee itself isn't always the best.

What is a mocha ?

A mocha is a less known espresso drink, at least compared to capps and lattes.

This one uses espresso and steamed and frothed milk too, but differently.

And it also uses a dash of chocolate sauce.

Originally, this coffee (hundreds of years old actually) was made with beans that were traded through the port of Mocha, Yemen. That was the original Arabian trading post and coffee was one of their main exports.

And it was said that the coffee that was served there had a distinct chocolate flavor. The coffee beans themselves were a strain of Arabica that resembled cocoa beans in flavor.

Nowadays the mocha also contains a shot of chocolate sauce or syrup, to fully bring the flavor out.

The ideal ratio for a mocha is 1 part espresso, 1 part chocolate sauce, and 1 part steamed milk, with a very thin layer or milk froth on top.

Most baristas will follow this ratio as more of a guideline, rather than a strict rule. And honestly, it's always a beautiful result.

No mocha is like another, and each bring out the artistic side of the barista, and what each thinks is the best stating chocolate coffee.

Also because of this ratio, the espresso flavor is enhanced. There isn't as much milk as in a cappuccino or latte, and the chocolate really pairs beautifully with the espresso.

This is a small drink, even if the ratio isn't fully followed. It normally doesn't get bigger than 5 oz/150 ml. 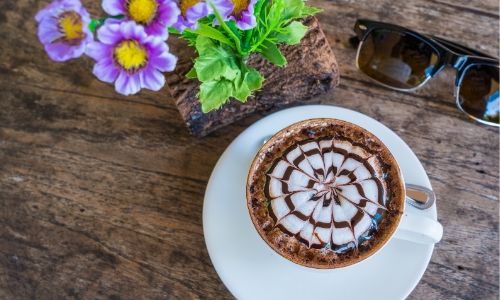 A quick rundown of their key points

Below we'll compare the key points for each drink, and this will help decide the best coffee for each category/scenario. One coffee may be the best when it comes to flavor, but another might be better where that one fails.

So let's compare and see.

If milky and creamy is more you thing, then it's definitely the latte you should be going for.

It's barely coffee, from a certain point of view. It's very milky, and definitely more of a comfort drink rather than actual coffee meant to keep you awake.

Of course, you can always add more espresso to your latte but that would change the ratio very much and it's not what we're after right here.

If the latte seems like too much milk, you may try the cappuccino. It's the second best in this category,

This is because lattes contain microfoam, which makes them creamier and definitely more enjoyable than most other coffees.

But a cappuccino is second best, even if it doesn't end up as creamy as a latte.

The mocha is third here, since there is only 30% milk in all the drink. 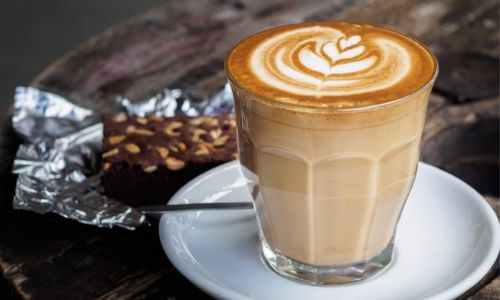 Ah, the flavor part might be where no one can decide.

Which flavor is better:

Now, going by public opinion chocolate is always going to win over, in any situation. So it's the mocha for this round.

If you voted for coffee flavor, then don't despair. The chocolate syrup, if not heavily sweetened, will bring out the coffee really well and showcase it, rather than dull it.

There's something about the bitter, earthy tone of coffee that seems to get even better when coffee is around.

Ah, but what about flavoring the cappuccino or latte ?

Yes, you could always do that. But there's the extra milk added, that will tone down the chocolate and turn it onto more of a hot cocoa drink than anything else.

So again, mocha it is. If your barista is nice you might even get a dusting of cocoa or a drizzle of chocolate syrup on top.

The caffeine. The main reason we all turn to coffee, or at least the one that got us into loving coffee in the first place.

Which drink has more caffeine, cappuccino, mocha, or latte ?

To be honest, none of them win here. This is because all of them are made equal, with one standard shot of espresso.

Meaning the caffeine is pretty much the same, all around.

That varies from shop to shop, but the general consensus is one standard shot per drink.

Unless you ask your barista for a double shot. Which will then double the caffeine, and you'll get an even better kick out of it.

But that's entirely up to you. 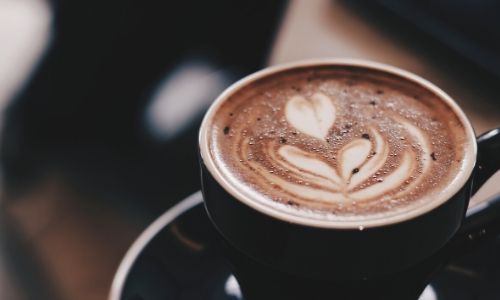 The biggest, meanest of them all

If drink size is what you judge your coffee after (hey, value for your money, right ?) then the latte is definitely the winner here.

This is the biggest coffee drink you can get, even if you're not in a coffee chain shop.

So which one wins ?

This is up to each person and their preferences.

Most folks go for the cappuccino, so you could argue that's the fan favorite. But let's also remember that many people don't try something new for fear they won't like it.

And to be honest the names of the drinks rarely give you enough insight into the ratios and ingredients so you can guess beforehand if you'd like it.

Personally, I'd vote for the mocha because i just love a good chocolate whenever possible. And I flavor my coffee at home half the time, with coconut milk and rum essence or vanilla or caramel or whatever is on hand.

You may agree with me, or you may not. In the end, it's up to you to pick your favorite.

To each their own, I say. And each coffee has different meanings for each person.

Which is why you can't judge just one coffee as the best. Some scenarios require a different coffee.

Dead tired and definitely need a pick-me-up ? A mocha will work better than a capp or latte, since it's smaller and quicker to drink.

Want to just sip on something for an hour and watch a movie ? Then a latte is your pick, especially if you flavor it some way.

You pick your favorite according to what you like.