Home » Coffee Facts » What Is Coffee With Chicory ? Here's How Your Drink Really Started Out

There's all sorts of odd mixes in the world of food and drink,m but most of them actually make some sense once you take a look at the ingredients.

One such mix is coffee with chicory. What it is and why it came to be is what we're going to figure out in this article, so hold on tight.

First, let's start with the basics. 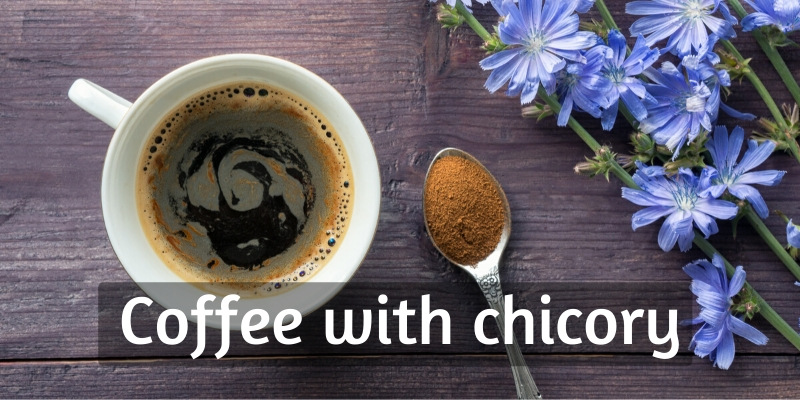 Maybe you know about chicory. Maybe it's your favorite drink.

For those who don't know what this plant is chicory (or succory for some folks) is a woody, tracheophyte within the dandelion family. It typically has rich blue flowers, though they will sometimes be white or pink.

This is a plant has several names, like ragged sailors, wild endive and even coffee weed. Chicory itself is quite pretty, but it's mostly grown for leaves and its roots.

Roots that are ground, cooked and sometimes used instead of coffee or in mixed in with ground coffee.

Chicory is originally from Eurasia (Eastern Europe, the Caucasus, and Central Asia), but now is all over the world, and you'll find that most folks that love it have something or other to do with the French. I'll get to that in a bit. 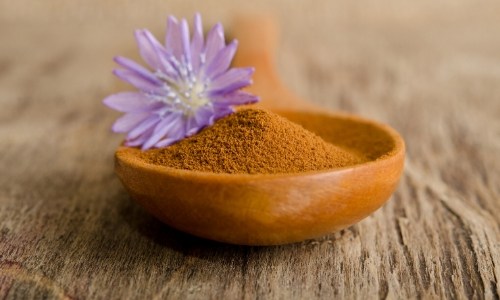 This plant encompasses a similar taste and benefits like coffee: nutty-earthy and bitter, and this can be why it is called coffee weed in some books.

If you are attempting to eat some raw leaves of this plant you'll notice that they're very bitter.

Because of this strong taste, chicory is utilized in cooking, medicine, and cosmetics. And in mixology - the art of mixing drinks and ingredients to get the perfect cup.

This plant is extremely popular with coffee-loving people who are looking to cut back on their caffeine consumption. It tastes similar to coffee but doesn’t elevate your heart rate because it's caffeine-free. It should help in digestion, lower blood sugar, or reduce inflammation.

Chicory root could be a good source of inulin, a type of prebiotic fiber that has been linked to increased weight loss. It also contains nutrients that improve brain health like manganese and vitamin B6.

In short, chicory seems to be a healthy alternative - at least in terms of flavor - to regular coffee. That's if you're not going for decaf.

Coffee is also a plant. More exactly, coffee is a seed from a fruit of the Coffea arbor. The coffee you have in your cup is the result of those seeds being roasted, ground and then brewed.

The fruits of the coffee tree are sweet, fresh and tasty while the seeds are processed, dried and roasted to become coffee.

Why is coffee mixed with chicory?

This mixture of coffee with chicory was made in the first place due to a shortage of coffee. And because it was cheap and handy, it was growing pretty much everywhere.

Why was there a coffee shortage and where was this ?

The first part of the story starts in France, when Napoleon enacted his Continental blockade, sometime in early 1800s. This means that trade into and out of Continental Europe (mostly controlled by the French back then) was heavily regulated and taxed.

This was originally meant to stem the U.K.'s growing trade influence on Europe, but it kind of backfired. The point is that this blockade managed to also reduce some important supplies that the East India Trading Company was bringing into Europe, most notably coffee.

This led the French to add chicory to their coffee in an effort to stretch an already low supply, and in some case to completely replace coffee. It was already a very popular ingredient in their food and drink, so it made sense.

After a while the blockade lifted, and the use of chicory went down but never completely disappeared. 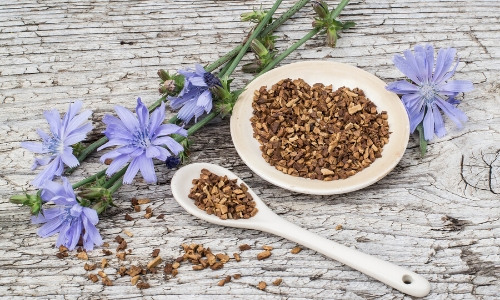 The second part of the story begins in the French colonies of the U.S., such as Louisiana and especially New Orleans.

Lots of French folk means lots of French customs, including coffee with chicory. Fast forward to the American  Civil war, and Louisiana was part of the Confederate states.

Yet another coffee shortage - due to war this time - meant the soldiers had to improvise. How ? Well, you guessed it.

This is how chicory coffee became a thing stateside, and it's been a fairly common drink in the South and East states ever since.

It depends on what we talk about, we all have a different definition of the strength of the taste.

For many of us, the strength of the coffee is about taste, while for others it is all about caffeine. But still, chicory doesn't make coffee stronger in terms of caffeine but it does impart a stronger flavor.

Today, chicory is consumed blended with coffee and warm milk just for taste and the benefits of chicory, not for caffeine.

Main differences between coffee and chicory

We talked about, chicory, coffee and the mix between them. We know chicory is a healthy substitute for coffee. Although mixing them is an old custom with historical influence, what are the main differences between them?

Here's some of them:

And here's a bit of trivia about chicory:

So if you're a big fan of coffee with chicory or you are curious to try, here is a recipe.

You will need 10 grams of chicory grounds, 10 grams of coffee grounds and 400 ml of water at 95° temperature. You can brew this mixture at French Press, V60 or Chemex. Start with a low dose of chicory if you just try and increase in time if you like it.