Home » Tea facts » Does Chaga Tea Have Caffeine ? Here's When You Can Drink It

Chaga tea is not very well known, but those who do know it love it.

One very common question is if chaga tea has caffeine. Partly due to health concerns, and partly due to its intense aroma.

I'm here to settle this question, so you know when to drink chaga tea in your daily life. 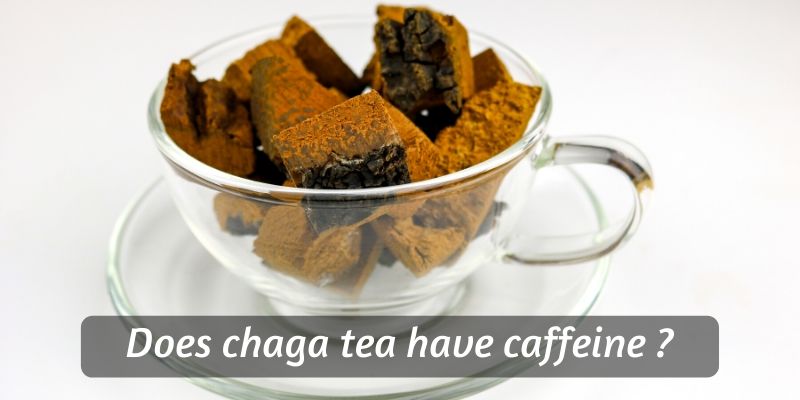 So does chaga tea have caffeine ?

Chaga tea has no caffeine at all and will not keep you awake. This is because chaga is actually a mushroom, and no mushroom contains any caffeine.

This means you can drink chaga tea anytime as it will not keep you awake, since it does not have caffeine.

This means that when or if you do find a chaga tea touting caffeine on the pack, you should know that it's been added.

It can be added two ways:

So your cup of chaga tea is perfectly harmless if you've got a caffeine allergy or simply would like to steer clear of it.

You can drink chaga tea anytime

Since chaga tea has no caffeine - at least if you get pure chaga tea - this means you can pretty much drink it anytime you want.

If you drink it in the morning, it will not give you a wake up call, but it will resemble coffee enough to give your body a reminder that it needs to be awake.

As for drinking chaga tea in the evening, that's perfectly fine. As a herbal tea, it'll help soothe you after a long day and warm you from the inside, which is especially nice in the colder months.

Chaga tea is also great as a tea sip on continuously during the day.

So it won't matter when you drink your cup of chaga tea, it won't keep you up at night and you won't get jittery. 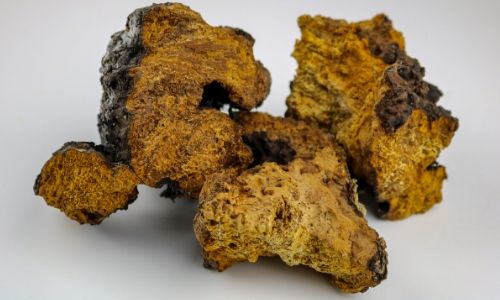 If you're looking for a perfect cup of chaga tea, then you might like this one by Sayan.

It comes in the form of teabags, 20 of them in a single pack. Because of the way chaga tea is made, you'll always need to filter it through a paper filter, even if you get loose, ground chaga.

You can find the listing for the tea on Amazon, right here.

This tea by Sayan is simple, pure chaga and each teabags seems to brew a strong cup of tea.

The mushroom themselves come from Siberia, and are harvested from the wild. And is seems to be an all-natural product.

Seeing as this tea has a very strong flavor, and it's not too far off from coffee, you can use it as a replacement for morning coffee.

This is not for caffeine, but rather to help wean yourself off coffee, if this is something you're trying to do.

The flavor is close enough that your body and mind will register it as 'sort of coffee', and the lack of caffeine will eventually become less of a problem.

Some folks add chaga to their actual coffee, mostly for the health benefits, but also for the extra flavor. 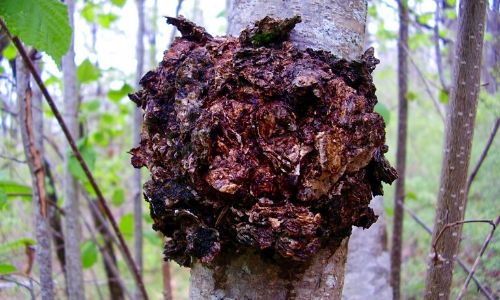 If you're interested in using chaga tea as a replacement for other drinks, or simply to put a twist on something you already love, here's some ideas.

Use a highly concentrated chaga brew for a chaga latte. Simply use the chaga tea as you would a shot of espresso, and enjoy it with steamed and frothed milk.

Better yet, you can make your own chaga chai. You'd be replacing the black tea (base) with chaga, and you can find the spices needed for chai very easily. Often you'll find a pre-made mix, or you can buy your own ingredients and whip them up as you please.

Chai usually contains ginger, cardamom, cinnamon, nutmeg, star anise, and everything else is up to you.

This would result in a caffeine free cup of chai, but one that's going to really hit the spot if you're also looking for an earthy tone in your tea. Add a splash of milk and it's even better.

Chaga tea is a wonderful health drink, though not many people know about it. No matter, more for the rest of us, right ?

And since it has no caffeine, you can drink it anytime you please, and also get yourself a nice replacement for coffee, if you want.