CTC tea is something you'll stumble upon often, maybe without even knowing.

In fact, if you own a box of teabags, they're most likely CTC.

So let's figure out what this tea is, and why it's so common. 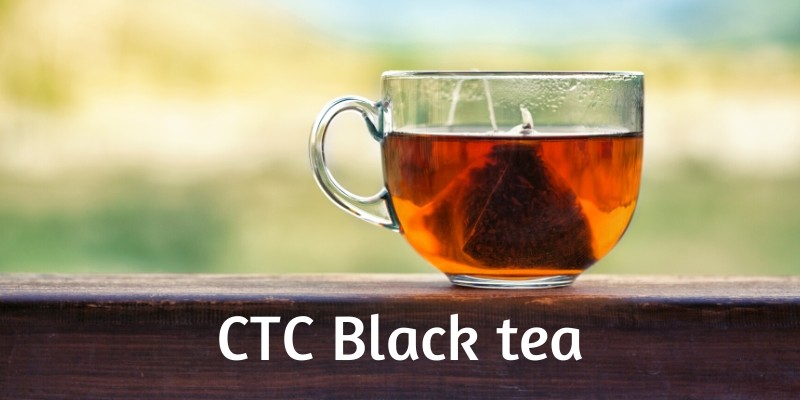 So what is CTC tea ?

CTC tea is a way of processing tea leaves to make black tea. It started out as an alternative to orthodox processing, which is the traditional way tea is made.

But, since CTC is cost-effective and produces consistent results, it's become a very common practice.

So, what is CTC exactly ? It stands for Crush, Tear, Curl, and it's describing the way the tea leaves are treated.

Where orthodox processing keeps tea leaves intact, CTC crushes and tears them into little pieces, and then bunches them into small pellets, and that is their final form.

I'll get into a more detailed explanation of exactly how CTC tea is made in a bit.

CTC tea is really an innovation when it comes to black tea. It turned it into a drink that pretty much anybody can afford, and it's also made strong, flavorful teas.

Yes, CTC tea is a rather strong and malty version of black tea.

Due to the way it's processed, a lot of the leaf is crushed and this makes for a very oxidized black tea.

Second, the leaves used are most often Assam leaves, which ware well known to be darker and have an earthier tone in their flavor.

Overall, CTC black tea is stronger tasting, but flat when compared to orthodox black tea. There is no depth or nuance, but there is a lot of body to it.

For example Masala Chai tea is really amazing with CTC instead of orthodox black tea, because it stands up to all the milk and spices better.

Similarly, you can also swap your morning coffee with a cup of strong CTC black tea and be good for the next few hours.

Is CTC tea only black ?

Due to the way CTC works, the leaves end up very oxidized and as such, yes, it's a black tea thing.

You won't find other tea types processed like this, because it completely changes the recipe.

What is Assam CTC tea, and why is it a thing ?

Assam CTC is probably the most common type of Assam.

It's also the most common type of CTC, since Assam black tea is the main product of India, where the whole CTC trend started.

To understand why, we need to look back a couple centuries. Back when East India Trading Company was a thing, they wanted to compete with the Chinese for their tea monopoly.

So, they started offering land in the Assam region of India to whomever was willing to move there and grow tea.

Soon they became sought after for their Assam black tea, and it was one of their main exports.

But, black tea and tea in general was expensive and most Indians couldn't afford it, despite working the fields where the tea leaves grow.

So tea was important, a commodity, but not for everyone.

In 1930 things were pretty much the same in India. But that's when the CTC method was developed, by Sir William McKercher and it all started in Assam, India.

This process became popular, since it was cheap, fast, and produced reliable and consistent results. Overall, it meant more tea in the same amount of time, and thus the tea prices slowly went down.

Many Indians started getting really into black tea, since it was now much more reasonably priced.

To this day, CTC tea is a staple in Indian kitchens, and it's slowly spread to most of Asia and Africa. 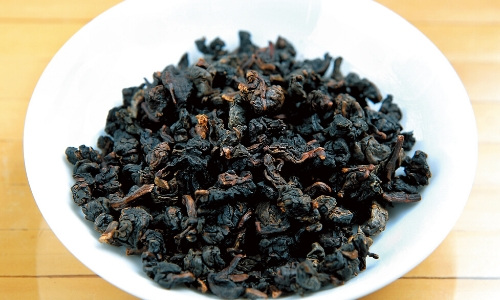 How is CTC tea made ?

Alright, now let's talk about the way CTC tea is actually made.

It's a mechanical process, the only human input is the leaf quality. If the workers pick the wrong leaves, the tea will only come out so good.

If they pick the best leaves, the tea will come out was good as it gets.

For comparison, with orthodox processing you can completely ruin amazing tea leaves by over-oxidizing them (or oxidizing too little), or even burn them too much.

There's a lot of room for error, and the leaf quality was not the only variable. It's a very artistic kind of method.

On the other hand, CTC is the same, all the time, because the machines can only make tea one way.

So, the first step is to pick the leaves. Young leaves, like for green tea.

Then those leaves are fed between two giant rollers, that have thousands of tiny, jagged teeth to brush and tear the leaves.

This oxidizes the leaves, as black tea is meant to be.

So the leaves go into one end whole, and out the other end crushed, torn and then pressed into pellets that are then cured with high heat for a set amount of time.

Since the machines are programmed, they produce no mechanical errors that would later translate into a difference in flavor in the tea.

This means that CTC will always have a consistent flavor between each batch, as long as there are no big differences between the tea leaves.

There's also consistency between the pellets in the same batch, since they're all made the same.

So you can count on CTC tea to be dependable, and have the same flavor every time.

This can also be a drawback, depending on what you want from your tea.

If you're looking for depth and nuance, then orthodox black tea is for you. And make sure you get loose leaf, since that is the best version with the most complex flavor.

But if you're looking for a cup of black tea that's strong, and brews quickly, then go ahead and buy CTC black tea.

Where for orthodox black tea you'd pa for the craftsmanship of the tea master, the tea workers on the fields, and the fact that it was the only way to get tea, CTC is different.

Manual labor is virtually null, since often the tea leaves are harvested by machines as well.

So, everything is cost effective, because machines work faster, can work at night, and do not need days off, and don't get sick. As cruel as that may sound, they're more profitable to tea makers.

Is CTC only for teabags ? 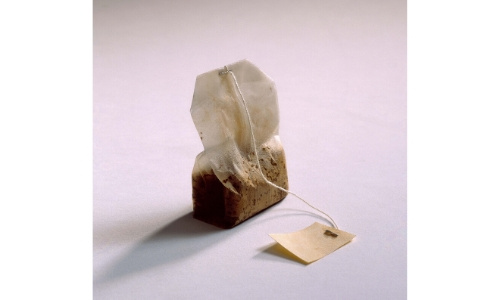 You'll find CTC black tea mostly in teabags, but not only.

It's easier to put into teabags than orthodox tea because it comes out in perfect pellets, and it brews very fast and uniformly.

This way you don't get unevenly steeped tea, and the customer is happy.

But, you can also find it in loose leaf form. This is an option that's mostly only available at specialized tea shops but you should find it easy enough.

When looking at loose leaf tea, the ingredient list should also state the country of origin and processing method.

CTC tea is a bit of a blessing, since it makes things so much easier for everyone involved.

The tea companies produce tea easier and faster, and the tea lovers can get their tea at an affordable price.