Trying to figure out the difference between Sencha and Matcha ?

Then this article is for you. These are two of the most famous green teas in the world, and today we're going to compare them. By the end of this post you should be able to tell the difference by look and by certain traits as well.

So, let's start by defining each tea first. 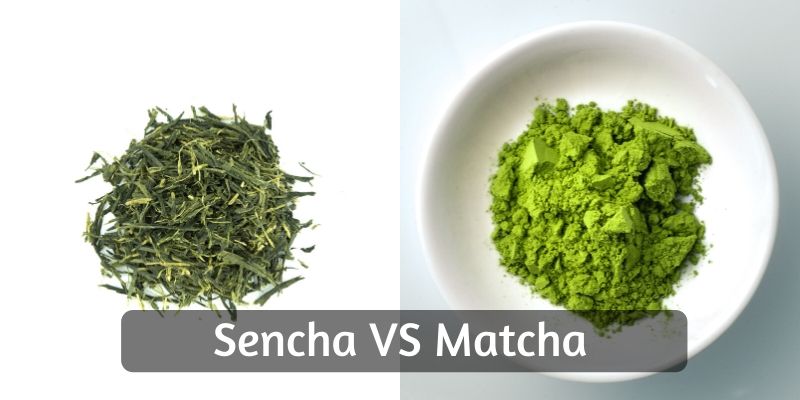 As a Japanese green tea, Sencha is not pan-fired, it is instead steamed. This preserves a deep green color to the leaves and produces a pale green liquor.

There are two main types of Sencha - Asamushi (light steamed) and Fukamushi (deep steamed) - and both are gorgeous, and have their uses.

When purchasing Sencha, you'll find it in loose leaf form, and it will have almost the full leaf intact. Most Japanese green teas do, since they're handled a little more gently.

Conversely, Sencha leaves end up expanding a lot and taking up the whole teapot when brewing.

Matcha is another type of green tea, also from Japan. This one is grown exclusively in the shade, never in the sun.

The leaves used for this tea are also steamed, but they're processed a little differently.

You see, Matcha leaves are de-veined and have the stems removed after steaming.

This way, you're only left with the thin, tender leafy part. Then, those parts are dried out and then ground into a very fine powder using granite stones.

The green powder - a very bright, almost unreal green - is consumed in short notice, since it's not very shelf-stable.

When preparing a cup of Matcha, you're mixing a bit of the tea powder into the water, and drinking it whole.

This changes the amount of nutrients you ingest and the overall effectiveness of the tea. Meaning, it's definitely the strongest green tea out there.

Matcha powder on the left, Sencha leaves on the right

Is Sencha better than Matcha ?

In terms of flavor, Matcha has been praised more often than Sencha. It's got a deep, umami flavor that you can't get with Sencha.

If we're to look at the way both teas are enjoyed, it seems Matcha is revered as an elite/exclusive/premium sort of tea, compared to Sencha.

However you should note that Sencha is a treat on its own, and has a completely different serving style than Western green tea.

So in short, yes Matcha is better than Sencha. It's got more nutrients and a little more caffeine than Sencha, and this is due to two things:

Main differences between Sencha and Matcha

There's quite a few differences between Matcha and Sencha.

Yes, both are green tea and yes, both are steamed. This actually gives them a lot in common, but you'll notice the differences become pretty significant as we go.

1. Matcha is powdered, and you ingest it

The first and most obvious difference is the way the tea is drunk.

When drinking a cup of Matcha, you're also ingesting the powdered leaves.

This is because when you prepare a cup of Matcha, you add about half a teaspoon so a small amount of water, mix it thoroughly with a bamboo whisk (more on that later), and drink the resulting suspension.

It should not taste grainy, it should be smooth and slightly creamy, depending on how watery you made it.

When preparing Sencha, you add the leaves to hot water and brew for 1 minute. Then, the leaves are strained and you drink the resulting infusion.

No leaves, just the liquid.

These two methods give a different flavor, since they're two opposite ends of the spectrum when it comes to preparing tea. 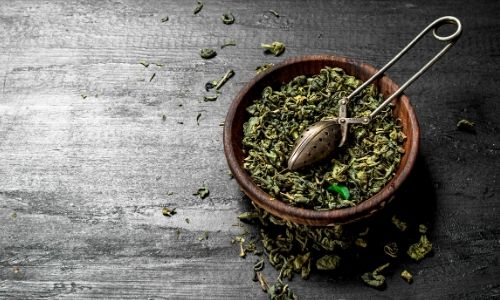 Another important distinction is that Sencha and Matcha leaves are grown differently.

Sencha leaves are grown like pretty much any green tea out there - in the sun, under the open sky.

Matcha leaves are covered, shaded for about 3 weeks before harvest. This makes them produce more chlorophyll - green pigment - and a bit more caffeine, resulting in a different flavor.

Also, when it's time to harvest the leaves, the ones used for Matcha are better picked. They're really only the most tender top leaves of the plants, while Sencha leaves are a bit less discriminating.

3. Matcha is more expensive than Sencha

Due to the amount of effort that goes into making Matcha - the shading, harvest, processing - this tea ends up being the most expensive green tea Japan has to offer.

Think about it, someone (rarely machines) has to go in and painstakingly remove all the major veins and stems from each leaf. That's a lot of work for a cup of tea.

Meanwhile, Sencha is more common and thus more affordable for most folks.

Both teas are exported and enjoyed domestically as well. 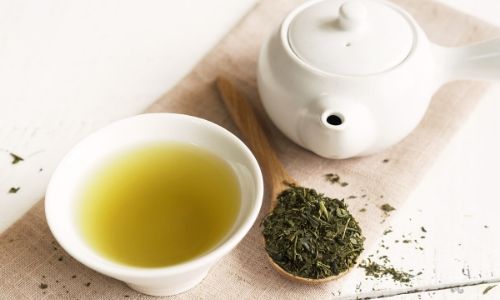 Sencha is Japan's best green tea when it comes to consumers. It's what most folks drink, and it's really the 'people's tea' in a way.

If you're wondering how this impacts you as a buyer, then you should know that Matcha (especially a very good one) is not only expensive, but also hard to find sometimes.

This is mostly because production is low, like it is for most premium items. And also because Matcha is not very shelf-stable, so exporting it will mean it's halfway to its expiration date by the time it gets in supermarkets.

Now, Matcha does not expire, per se. It doesn't grow mold or turn bad, but it does lose its flavor and color after a couple of weeks since it's been opened.

Yet another difference between these two green teas is that Matcha just tastes better, and most folks agree.

It's got to do with the tea plant itself, and how it was grown in the shade. This deepens the flavor and reduces bitterness and astringency.

This leaves room for more umami flavor, and even a slightly sweet flavor.

On the other hand, Sencha is vegetal and definitely green-tasting. Especially when compared to Matcha, which is pretty much like comparing fish roe salad to caviar.

Both are great but pretty much everyone agrees caviar is best. 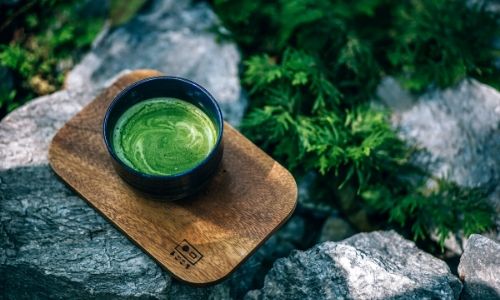 6. You need a lot of Sencha leaves for a cup of tea

When preparing a cup of each tea, you should know how much to use for each cup.

Well, Sencha actually requires a whole lot of leaves for just one cup of tea.

Of course, these leaves can be re-steeped. Still, it's a lot for such a small cup.

Meanwhile, when brewing Matcha you will need half a teaspoon for 2.5 oz/70 ml of hot water.

And finally, since we're still in brewing - you will need different tea sets.

Matcha needs its own set, with a bamboo whisk and ceramic cups and bamboo spoon and so on. It even has a whisk support ! More on that can be found on my Matcha guide here.

As for Sencha, it's got it's own teapot - it needs a filter/strainer at the spout - and the cups are pretty small.

There's also a specific ritual of heating the teaware by simultaneously cooling the hot water before brewing - more on that in my Sencha guide.

Both Sencha and Matcha are amazing green teas, and they have a rich history. If you're wondering which you should get, I recommend both since they both offer unique experiences.