Home » Green Tea » What Is Gyokuro Tea ? 8 Things To Know About The Japanese Jade Dew

Want to know more about Gyokuro tea ? This Japanese green tea is one of the best in the world, and for good reason.

But how much do we really know about the Jade Dew tea ?

Let's talk about it for a bit, and find out everything there is to know about Gyokuro. 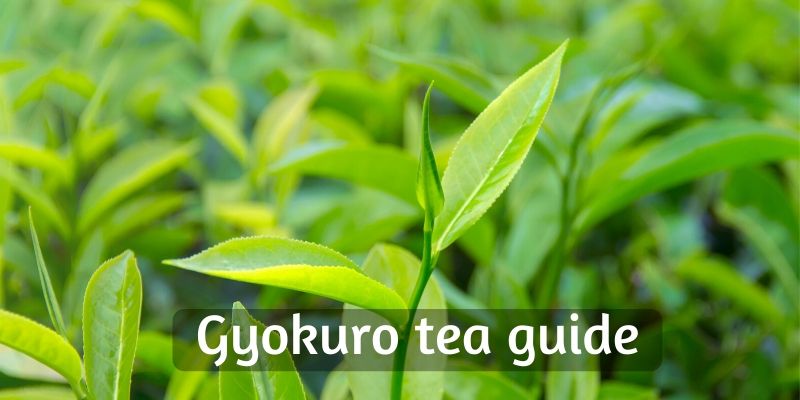 Gyokuro tea is a type of green tea, from Japan. It's processed in the Japanese fashion, and it's also a shade grown tea.

It's been described as one of the best green teas in the world, with a clean, umami and sweet flavor that manages to impress everyone.

This tea is one of the most expensive green teas, due to the manufacturing process, high demand, and general prestige about it.

Gyokuro is also called Jade Dew tea, due to the light green liquor it produces. It's actually one of the very few green teas in the world to actually produce a green liquor.

By comparison, most green teas end up with a light yellow-greenish liquor. Still beautiful on its own, but not exactly green.

2. Why is Gyokuro so expensive ?

One of the main reasons behind Gyokuro's high price tag is the tedious manufacturing process.

This is a shade grown tea - literally grown in the shade for several weeks before harvesting - and covering the plant at the optimum level means adjusting and monitoring it daily.

There is also the production of the tea itself. It's a slower process than most, and there is extra care accorded to the quality of the leaves used and how much they break (or not) during processing.

Another reason Gyokuro is expensive is the fact that it's actually a specialty tea. It's one of the best in all of Japan, and it's in high demand.

This combination of factors leads to a higher price tag, same as Arabica coffee beans end up more expensive than Robusta. 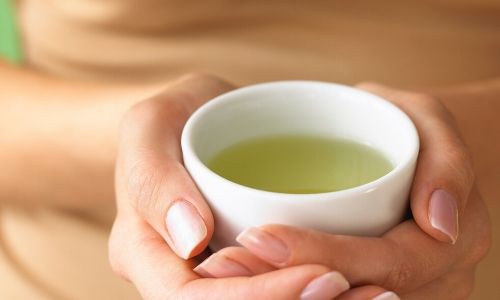 Gyokuro is the sister tea of Matcha

To put things into perspective, think of Matcha. Amazing, brothy, sweet and maybe a little buttery in flavor.

But you get a feel for the level of quality used in Gyokuro tea, and just what you're drinking when you make a cup of this tea.

It makes sense that this kind of tea would be on the expensive side.

Let's talk about how Gyokuro is made, since everything's going to make more sense then.

So once the growing season begins, the tea plant is covered. It's kept like that for about 3 weeks, during which time it's constantly monitored.

When harvest time comes, only the best leaves are picked and then sent to be steamed.

Gyokuro, like Sencha and Matcha and other types of green tea, is not oxidized at all.

As all Japanese green teas, Gyokuro is made via steaming, rather than pan firing.

This is very important in regards to flavor. It's as pure and green as it can be. The fact that it's grown in the shade also helps the flavor a lot, as well as the caffeine a little.

So once the leaves are steamed, they are then left to dry out completely. This process involves very little to no oxidation of the green leaves, and also preserves their incredibly green color.

Said green color is due to the extra chlorophyl that forms within the plant, as a result of it being grown in the shade. 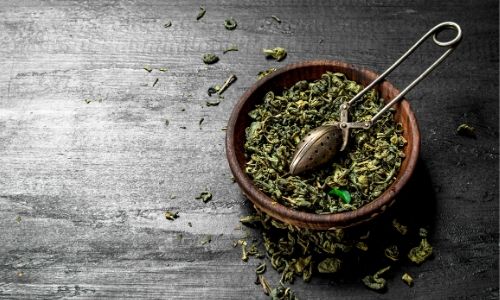 Gyokuro tea resembles Matcha a lot, but there are some differences.

It resembles Matcha in that it's got that wonderful umami flavor that you can't quite put your finger on. It's also a bit sweet - a buttery kind of sweet, not sweet like fruit.

Some folks claim they can also detect notes of squash, pear, or even grapes.

It depends on each harvest and how the weather's been while the plant was growing.

Generally, the cooler Gyokuro is rather brothy, and has more of the umami flavor. On the other hand, the hotter one has a cleaner, clear green taste to it.

When making a cup of Gyokuro, there's several ways you can go about it.

The most common and most recommended is the low temp broth.

You will need to only heat the water up to 40 C/104 F, and use a limited amount of water. The whole drink relies on brewing Gyokuro extra-strong, and re-steeping the leaves.

If using this method, make sure to pre-heat the cup to keep the tea warm for longer.

Brewing Gyokuro at a low temp usually takes about a minute, on the first steeping.

When Brewing Gyokuro on a higher temperature, you can leave it for as long as thirty seconds on the first steep.

And as for how much Gyokuro to use for a cup, you should generally double the amount you would normally use for green tea.

So for example is you normally brew an 8.5 oz/250 ml cup with 2.5 heaping teaspoons of green tea, then for Gyokuro you will need 5 teaspoons.

You can always adjust the measure to you liking, going up or down as you like.

Keep in mind that no sugar or sweetener is added to the tea, at all. 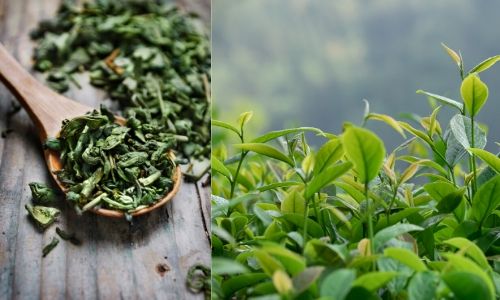 The same applies for Gyokuro steeped at higher temperatures, only in smaller 15 second increments.

7. Does Gyokuro have caffeine ?

Yes, Gyokuro does have caffeine.

Since it's made from the same plant as any other green tea, it too has some amount of caffeine.

The exact amount is hard to gauge without actually testing each batch. It varies from harvest to harvest and the climate and geography play a big role in how much caffeine is in green tea, in general.

But, Gyokuro is definitely among the most caffeinated teas, because growing in the shade forces it to produce more caffeine.

8. Can you eat Gyokuro leaves ?

Yes, Gyokuro leaves may be eaten.

For the most part they won't be very flavorful, as you'll probably be eating the ones that have been steeped numerous times before.

But, they are edible. 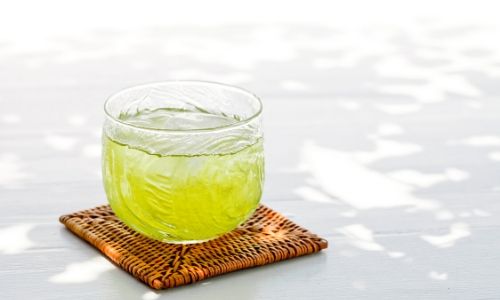 Gyokuro is one of Japan's best teas, and the second best green tea, after Matcha.

It's definitely something most folks would enjoy, but you would also need a well trained palate to really appreciate the depth of flavor.

Keep in mind that Gyokuro is not sweetened, and should not have any sugar or milk in it, at all.