Tea and herbal tea have been part of our worlds since ancient times. We've consumed them in one way or another for generations and the knowledge of which is which has also been passed down.

But why is there a distinction ? Why is one brew 'tea' and the other 'herbal tea' ?

Are they not the same end-result ?

Well, as it turns out it really matter what you're thinking of when deciding what is tea and what is not. Let me explain. 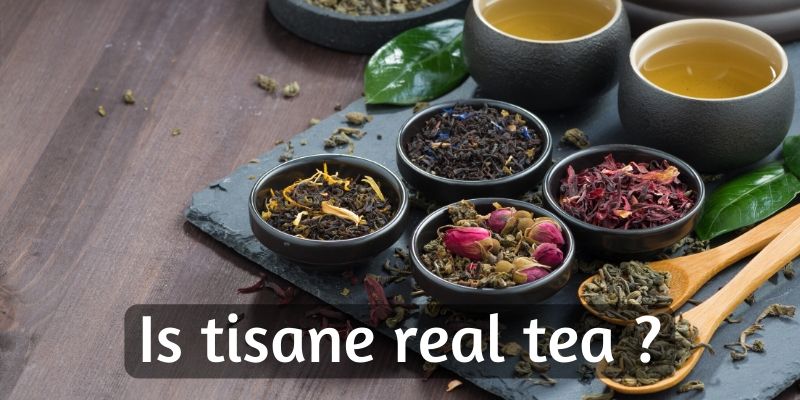 The whole debate started when there was a need to differentiate black tea from any other infusion.

This was back when the East India Trade Company was bringing black tea into Europe and wanted to set it apart from herbal teas.

Now, the distinction applies to all teas made from the Camellia sinensis and Assamica variety, not just black tea.

Meaning that black tea, green tea, white tea, Oolong tea and Pu'erh are all true teas. It's just that black tea was the most commonly available at the time.

The original distinction was simply meant to set apart the tea brought from Asia, and the tea that was already present (various herb teas).

Herbal teas were common in Europe

The word tisane has an incredibly long and complicated history of borrowing the word from a language (ranging from French to old French to Old English to Ancient Greek).

This is proof that herbal teas were an ancient item, well known as medicinal drinks. They were pretty much always there, in the background, being used for this or that ailment.

But once tea from the Camellia sinensis plant arrived in Europe, a distinction was needed.

This led to a wider herbal tea consumption, and made the need for different words higher. 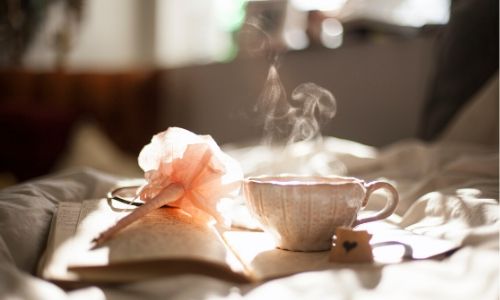 An important item that made the distinction between tea and herbal tea was the culture that came with the drink. This was a drink meant to be enjoyed, savored, and generally appraised for its various properties.

Tea time was a quiet time, to be enjoyed with friends and family, a sort of delicacy or exotic treat. At least at first, until tea time became a thing.

This set it apart from herbal tea, which was mostly a medicine type of drink and widely available to the common folk.

True tea was not widely available, at least no until the 20th century when it became easier to mass produce it.

So until then, it was a sort of premium item. And of course, a distinction between true tea and ...well, anything else, was necessary.

The original tea requires a lot of skill

As mentioned before, the original 'true tea' was the Camellia sinensis and Assamica variety.

There is a large amount of work and skill that goes into making tea. From picking the leaves to drying them and curling them and treating them with heat, there are a lot of steps.

A difference between dried flowers steeped in hot water and processed tea leaves was necessary.

Nowadays there are more and more folks who are noticing that they can apply the same treatment to the ingredients from herbal teas. This stems from the knowledge that processed leaves taste much better than dried ones.

So, for experiment's sake some herbal 'true' teas have been developed in China but are not widely available.

Now let's talk a bit about what tea and herbal tea really are, so we can really discuss a comparison between the two. 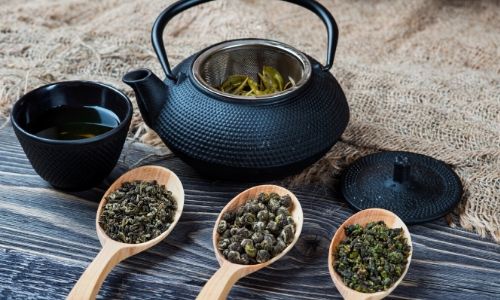 A true tea is made from the leaves of the Camellia sinensis plant. This is the original tea plant, and it has a close cousin named Camellia Assamica.

This is the tea plant widely used in India, especially in the Assam region (hence the name). Assamica is mostly used for black tea, but not only.

These two tea plants are responsible for nearly all the production of tea in the industry. Their leaves are picked, allowed to oxidize or rolled/bruised to speed the process, then set with heat and allowed to dry.

The steps will vary from tea type to tea type, but the overall feeling is the same.

Creating something delicious out of plant leaves, with a set of rules in mind and an end goal.

The usual way to drink tea is by steeping the leaves in hot water for 2-3 minutes, and then enjoying the resulting brew. 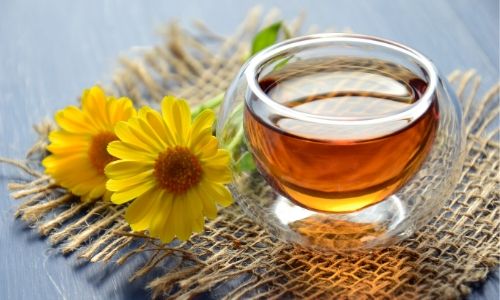 Herbal tea is a very similar item but it has some major differences.

It too uses dried leaves or flowers or fruit, but they're not as processed as tea leaves. Often, the ingredients in herbal tea aren't processed at all, but simply left to air dry or they may be dried in the sun.

This results in producing large amounts of herbal tea at a time, and the production cost is pretty low. except when the ingredients used are rare or not very easy to get a hold of in that part of the world.

Herbal tea is meant to be steeped in hot water as well, but it takes a much longer time than true tea.

Alright, now you've got the gist of things.

You know what tea is, what herbal tea is, and an inkling of what your favorite might be.

You also know the main points by now:

But there's more to the difference between true tea and herbal tea. Let's explore a few of them, so we can fully understand why they're set apart.

Keep in mind that some folks care about this distinction a lot, and it might be best to use the proper terms with them. 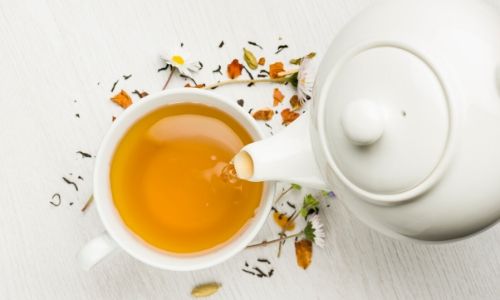 One of the defining traits of true teas is the fact that they always contain caffeine. Unless they've been stripped of it, in which case there should be a label on the tea pack.

Teas have caffeine because both Camellia sinensis and Assamica produce caffeine as a defense mechanism. This is how they keep pests and possible diseases at bay.

For us as humans, this translates into a source of caffeine, when we drink the steeped leaves.

The exact amount of caffeine in each tea will vary according to different factors.

You'll notice some tea companies state a certain caffeine content on their teas. This figure is more of a guideline than reality, since each crop will produce stronger or weaker tea.

If you want an estimate, tea generally ranges between 35-70 mg caffeine per 8 oz cup. There's no telling where your tea will be on that range, before you actually brew it.

As for herbal teas, these have no caffeine at all. Aside from yerba mate, which is highly caffeinated but is considered a whole other type of drink.

If you're wondering yes, yerba mate is a tisane but it's prepared so differently that it might was well be a whole other drink.

So aside from that, herbal teas are caffeine free. This is why they're a good option for folks who are looking to cut down on their caffeine intake, or would simply like a warm drink before bed. 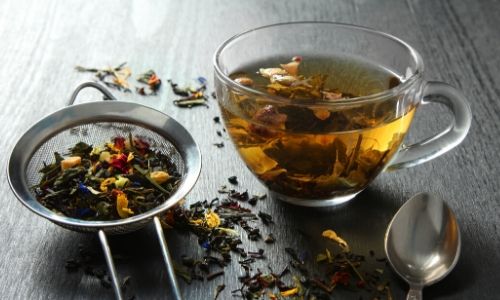 Another difference between these two tea types is that herbal tea comes in a million flavors, while true tea is more limited.

True tea is white, black, green, Oolong and Pu'erh. Those are the main flavors and they do have special blends that make them a little different.

For true tea the flavor shift is rather subtle and you need a trained palate to figure them out, most of the time.

They do have a whole range of varieties, but they're more similar than different.

As for herbal teas, these are made from such a wide catalogue of plants, fruits, roots and spices that there's endless possibilities. You can find pretty much any kind of herbal tea out there, made from things you wouldn't even imagine.

This is also possible because herbal teas require less skill to produce than true teas.

The flavor differences between true teas is done mostly by skill. This means that the tea master knows when to stop the oxidation, when to heat treat, if there needs to be any rolling, how long to age the leaves, and so on.

Notes and tones are extracted from the leaves themselves, rather than added by another plant.

There are blended true teas. Examples like Earl Grey - black tea with bergamot oil infusion - that kind of blur the line between tea and herbal tea.

But those are up for debate, so we won't be covering them in this post. 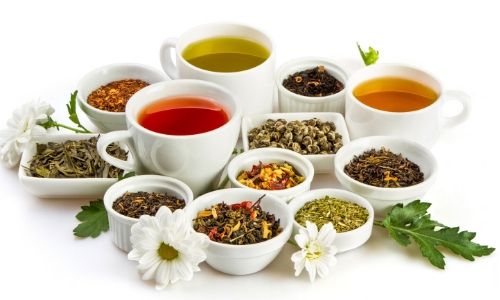 When it comes to steeping tea, you'll notice it has very specific steep times.

This is because tea leaves are very sensitive and the degree of processing they've been through determines how long they can be steeped.

So white tea, which is a very delicate one that's had the buds just sundried, is going to need a very short steep time, about 2 minutes. It uses very young leaves (buds, actually) and needs lower temp water than others (80 C vs 90 C).

As does green tea, but black tea can be made with higher temp water and a longer steep time.

Compare this with herbal tea's nearly indefinite steep time, and you'll see my point. It does matter what kind of herbal tea you use.

For example dried leaves (like mint tea) steep faster than dried flowers (chamomile or lavender), and much faster than roots or bark (cinnamon or ginger or valerian).

This is because of the varying thickness you'll find throughout the ingredients in herbal tea. Whereas true tea is all in one size, like the Jasmine pearls (little balls, almost slammer than a pea) or the Silver Needle white tea.

A nice, even surface and size means an even infusion with a smooth, all-round flavor.

This is another important distinction between herbal teas and true teas.

I hope this post cleared things up. True teas and tisanes go a long way back, and you'll sometimes see teas that are a blend of the two.

Both tea types have a special place in everyone's kitchen, depending on what flavors a person loves.

The two teas offer different experiences, and it's up to each of us to pick out favorite. And who said we can't love both ?