Black tea and herbal tea are two very common types of tea out there. Often you might wonder if they're not the same or at least very similar.

And just what is the difference between them, anyway ?

As it turns out, these two teas are a bit similar, indeed. But they also hold a good many surprises as well.

So first, let's talk a bit about each tea in particular and then compare the two. 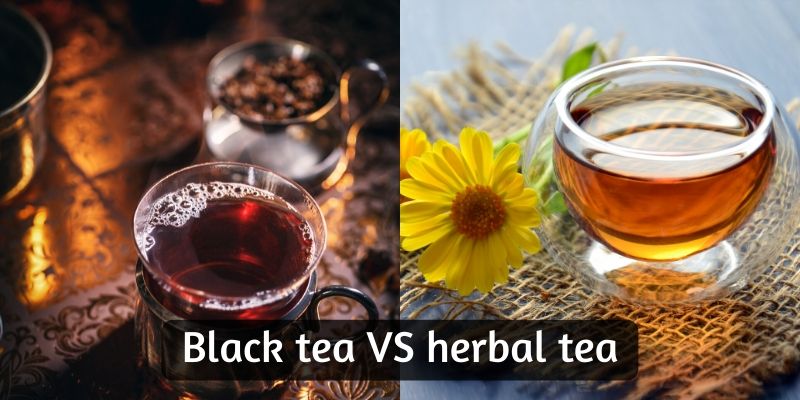 Black tea is the infusion made from the dried leaves of the Camellia sinensis plant. Black tea is called black because the leaves are processed more than green or white tea leaves, which leads to them appearing nearly black.

This is a very common tea, one that's known pretty much everywhere on the planet nowadays. It originated from China, and has spread its influence everywhere.

Black tea is a 'true tea', which is the name given to all teas made from the Camellia sinensis plant. This is the original tea plant, and it also has a sister named Camellia Assamica, grown mostly in India.

You'll notice that black tea has a sort of exotic origin story, especially if you're from the Western part of the world. And you may also notice that herbal teas are very well known in the order generation in the West.

Herbal tea is the infusion made from various plants or fruits or roots, and the resulting brew is called a tisane.

It's not considered true tea as it doesn't come from the Camellia plant, whether the sinensis or Assamica variety.

Herbal tea is made from pretty much anything you can imagine. Very famous examples include mint tea, chamomile, any fruit tea, valerian tea, lavender tea and even yerba mate.

Herbal tea includes spices as well. So for example if you're preparing cinnamon tea that's a herbal tea or tisane. Add a few more spices to the mix and you've nearly got Masala Chai, minus the black tea !

If you ask your grandma or anyone from the older generation they'll be able to tell you a thing or two about herbal tea. These teas were used both for flavor but also for their healing properties, and back in the day some minor ailments were treated this way.

Of course, it matters what tea you use and what you mean to do with it. For example mint tea is good for soothing a rumbling stomach, but if you're trying to battle a toothache it won't work.

Unfortunately herbal teas have garnered a tarnished reputation, as many people insist on their healing properties much more than necessary (or realistic).

I'll be covering that in another section of this post, since it needs a lot of clearing up.

Now, let's get a clear comparison between black tea and herbal teas, so you can have a much clearer picture in your mind. 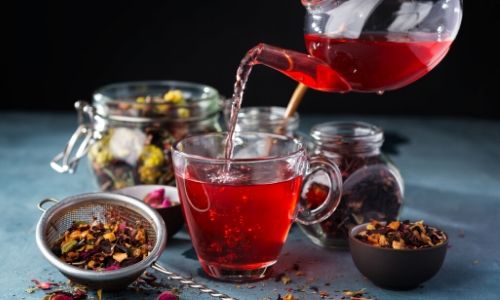 This is probably the most important distinction, though maybe not the most obvious one.

All teas have some antioxidants, it's just that they come in many different shapes and sizes.

It so happens that the Camellia sinensis plant has the highest amount of antioxidants when it comes to plants to make a brew out of. This applies to all teas made from this particular plant, and it includes black tea.

The thing is, some antioxidants are a little changed during black tea's oxidation process. The tea leaves are bruised and left to sit on their own for a while, then they're rolled and pan-fired.

This entire process draws out more tannins our of the black tea leaves. If you're taking any iron supplements, or have an iron deficiency, know that tannins may interfere with iron absorption. Consult your doctor to be absolutely sure about it.

Overall, the amount of antioxidants is higher in black tea than in herbal tea. Herbal tea has a rather different 'skill set', if you will.

Another important distinction if that herbal tea is a very broad category. You can throw in pretty much any plant or root or dried fruit and obtain a tisane, but not all of them will be great.

For example there is such a thing as onion tea, but no one likes drinking it. It's usually good for colds, as pungent foods like onion and garlic are supposed to help in those cases.

There's also wonderful herbal tea made from dried lavender flowers and vanilla pods, and those do a very good job at soothing and relaxing, aside from being delicious.

And there's everything in between onion tea and lavender/vanilla tea.

This of herbal tea as a sort of Bertie Bott's Every Flavor Beans, from Harry Potter. There's great and then there's... pretty bad.

As for black tea, if taken by itself it has a very malty, earthy flavor. Definitely not something most folks would agree with on their first try.

There are folks who have come to love it, no sugar and no milk, and that's a feat.

If you'd like a clearer explanation, think of the weakest possible cup of coffee, you can see through the liquid. That's pretty much what pure black tea tastes like, minus the strong smell.

But ! Black tea often comes in blended varieties. Meaning you can find teas such as Earl Grey, which is black tea infused with bergamot oil (a type of citrus).

And there's black tea blended with different dried fruit, flowers, spices and anything you can imagine.

For example Masala Chai (or simply Chai as Westerners know it) is made with black tea leaves, a selection of spices, and milk. It's a very lovely drink and it even has its own latte ! 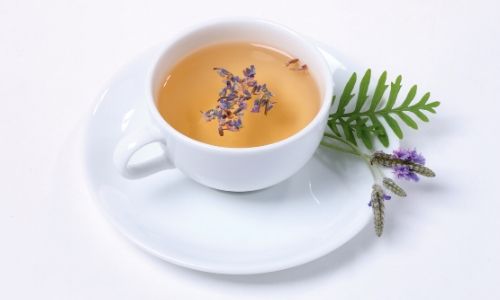 As mentioned before, herbal teas do seem to help with some minor ailments.

No tea in this world will help fix a serious problem, but something milk like an upset stomach can be calmed with regular mint tea or ginger root tea.

If constipation is an issue (it is for many folks, especially older women), then ginger tea really is helpful, and it also aids digestion.

Valerian root tea is a well known calming tea, and taken in high enough doses it can even act as a sedative. The powdered root capsules are much stronger than the tea itself.

You'll find valerian tea in many bedtime tea blends, along with chamomile or lavender.

The list goes on and on, explaining all teas and all their respective effects would take entire books. The point is that yes, herbal teas do help in one way or another.

But they will never cure one's gastritis, or completely relieve anxiety or stress.

Some folks would like you to believe herbal teas are the be all, end all of home remedy.

The truth is, sometimes you really need to see a doctor. Maybe not to prescribe a pill, but to get examined and get a professional's opinion.

While herbal teas are weak (compared to medical treatments) they may interfere or do some damage to a treatment you're already taking.

Be safe and also be honest with your doctor.

4. Black tea has a good dose of caffeine

If caffeine is something you're worried about, then you should know that black tea does have caffeine.

Not an overly large amount, but definitely enough to keep you up at night.

The exact dose of caffeine varies from tea to tea, the harvest and how well the tea crop performed, how much tea you're using, and so on.

But most folks agree that black tea generally has less caffeine than coffee, by about half (roughly). 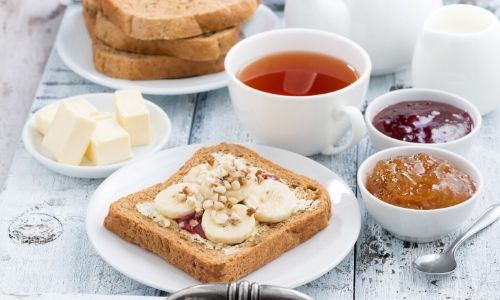 This is also good news for those who are trying to ditch their morning coffee and go for something lighter. Black tea with a bit of milk in the morning is a great way to start the day, as the Brits can attest.

If you're looking to completely remove caffeine, then you'll want to go for herbal tea.

Herbal tea, being made from different plants, has no caffeine at all. Unless some was added during the production process, and in that case there should be a label on the package.

A note on yerba mate: while it's considered herbal tea, it has a whole lot of caffeine, more than black or green tea. So be sure to stay away from that as well if you're trying to quit caffeine.

5. Herbal tea is safe for most folks

Precisely because herbal tea is caffeine free, it's considered as a safe option for most people.

But something light like rooibos tea, or a mild mint tea or chamomile won't disturb anyone's stomach or give them severe reactions.

Some teas are not suited for sensitive individuals or pregnant or nursing women. These are teas like raspberry leaf tea, which may induce labor or profuse bleeding during menstrual cycles.

Ginger tea or cinnamon tea may upset some stomach if made too strong, or if said person has a stomach ulcer.

This information is also available at your healthcare provider's office, and even a simple call should be enough to let you know if your current condition allows you to take this or that tea, if you're worried.

Herbal tea and black tea are very old and very loved teas. They're always going to be found on a menu somewhere, and choosing between them isn't so difficult.

I hope this post helped make things much clearer for you.