You may have noticed that some tea bags float and some don't, and you'd like to know why that is. Fair enough, it's an odd enough thing to happen.

I'll explain in this article why this happens, and if it can affect the quality of your cup of tea. 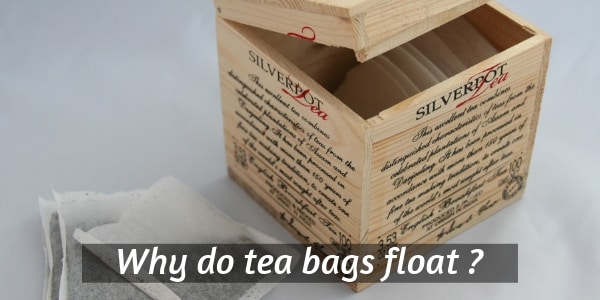 So why do some tea bags float ?

It sounds a bit overly-scientific, but really that's one very good explanation. Most of the materials use for tea bags are simply lighter than water, and will end up floating on the surface.

There is a second answer, this one relating to exactly how you're placing the tea bag into the cup.

Should you put the tea bag in first ?

If you first put the teabag and then the water, there are higher chances that it will rise to the surface. The water hits the tea bag faster than air can escape through the tiny holes, which means it's going to get trapped there. At least fora  little while

Adding the tea bag after you've boiled the water, and actually lowering it gently into the water, will make sure your tea bag will release all the air it has to release and start to sink to the bottom of the cup.

Then again, if you're using plastic (or 'silk', ans they're sometimes called) tea bags those will float most of the time. Pyramid type bags are usually plastic (not all of them though). 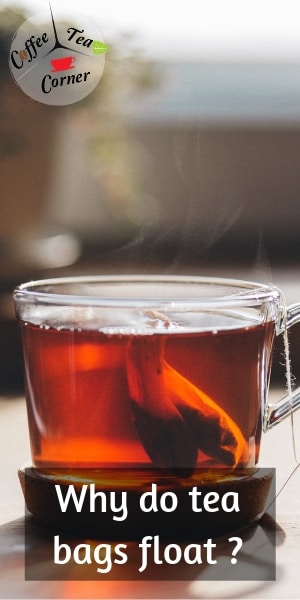 How to make sure your tea bags sink

First off, you have to take great care about what kind of tea you buy, preferably be a lighter material. Go for something like a light paper, which will absorb water very quickly and actually cling to it.

Some tea bags are made of plastic and this means the bags will float very close to the top of the water.

The Plastic will float whatever you do, even after you push the tea bag down with a teaspoon or you lift it and let it back in the water.

Does it matter that the tea bag floats ?

In terms of taste and brewing no, it does not matter. Your tea will be well enough brewed even if the tea bag will float a little.

If you think it's floating way too much, you can always weight it down with a spoon to make sure it stays near the bottom.

Or, you you can stir it occasionally if you're making iced tea and want to make sure your tea gets very well infused.

Does the shape of the teabag affect the floating factor ?

No, the shape is pretty irrelevant, especially when compared to the type of material used to make your tea bag.

For example using a pyramid shaped tea bag will mean there are several exposed sides. But don't underestimate the weight of the tea itself and how it will pull down the tea bag.

Plus the surface tension of the water won't allow for more than one side of the pyramid to be floating.

As for regular, square tea bags, you're in the same place.

In short, it doesn't matter which shape of teabag you use, as long as it's made of a material that's going to draw a lot of water and keep it (like thin paper). 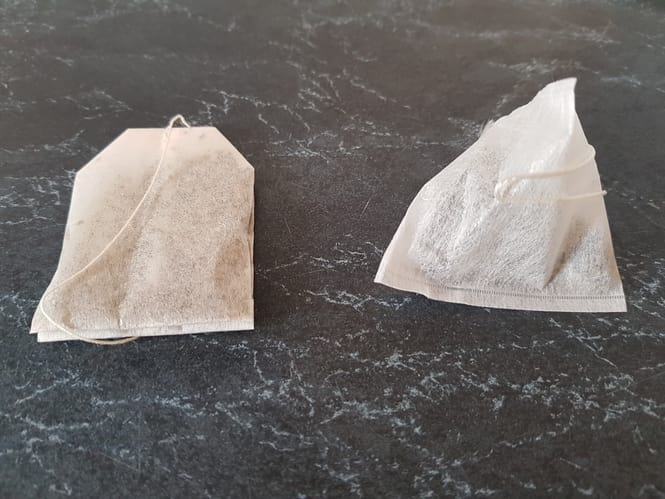 Can a sunken tea bag rise to the surface ? Or the other way around ?

Both can happen, but we need to look at the amount of time that's passed since you added the the bag.

If you added the tea bag after the water, and it floated for half a minutes, then started sinking, that's because the air finally went out of the eta bag.

The same is true for the reverse case, with a tea bag suddenly rising to the surface.

Everything really dose depend on how quickly the air manages to escape from the eta bag as it reaches the water.

I hope I managed to help you clear out this mystery of floating or non floating teabags. Whenever you're brewing tea, you can rest assured that it's going to come out just fine, whether the bags are floating or not.

The overall quality of your cup of tea isn't going to be compromised, so everything should be fine.

« 12 Main Coffee Types You Need To Know (Hot And Iced)
How Long Does Brewed Coffee Last ? Keeping Your Coffee Safe »