Telling black teas apart is kind of confusing for beginners since they can be so similar.

Some folks would appreciate a comparison between black tea, English breakfast, and Earl Grey.

So this is what this post’s going to do, help you better understand these 3 teas. 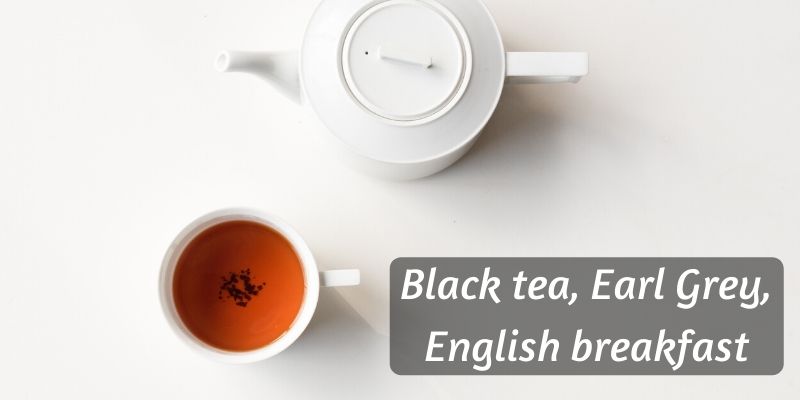 Black tea is probably the most well known tea type out there, along with green tea.

It’s made from the leaves of the Camellia sinensis plant, which is the original tea plant the ancient Chinese used to make tea with.

So in short, black tea is what most establishments offer when they ask you if you’d like tea. Especially in North America, where tea = black tea, and any other tea is mentioned by name.

For example Assam black tea is Indian black tea, named after the Assam region that the plant grows in. The tea plant itself is a little different from the original plant.

It’s a little maltier and has a stronger flavor.

Darjeeling is another Indian tea, but this one has a slightly fruitier or more delicate flavor than Chinese or Ceylon.

Ceylon black tea is the one grown in Sri Lanka – known as Ceylon in ancient times. It’s very much like Chinese black tea, only it gets its name from the region it grows in, no special flavor about it.

And the Chinese black tea is the regular black tea that’s used in pretty much every tea blend possible.

Black tea is the base tea

Another important item to note is that black tea is the base of Earl Grey and English breakfast.

This means that the two teas are made up of black tea leaves, but with a bit of a twist in terms of flavor or combinations. Let’s take a look at each of them so you can better understand.

What is Earl Grey ?

Earl Grey is a type of black tea. I say type because it’s made from a combination of black teas – various brands use different combinations – along with a citrus oil.

Originally the oil used was from the actual flower of the bergamot fruits, and Italian green citrus.

But as time went on, the oil from the actual fruit began to be sued as it’s much stronger and allows for larger production.

So in short, Earl grey is simply black ta that’s been infused with bergamot oil. The citrus isn’t mean to overwhelm, but rather give the whole tea a very airy and delicate flavor.

Different brands will have different recipes, which means some may be too strong, and some may be too light. But you can always, always recognize an Earl Grey after the wonderful citrusy scent.

There is also a Lady Grey, which is the same recipe as Earl but with cornflower petals added.

And there are many, many twists on the Earl Grey recipe, some with green tea, some with white tea, and some that add a slightly different citrus.

But the base for the original Earl Grey is always black tea. The exact type of black tea (Assam, Ceylon, Darjeeling or Chinese) varies and may sometimes be a combination.

To make matters a little more confusing, there is also breakfast tea.

This is black tea as well, but it’s always a combination of several black tea varieties.

The combinations aren’t consistent, in that each tea brand has its own combination and ratio but it seems that Assam is always present in the combination.

Possibly because it’s the strongest, maltiest black tea and in the morning it really helps get the day started.

Yes, the breakfast part of the name comes from literally breakfast, the food.

This tea used to be served to builders instead of coffee (much cheaper) and they’d have a big, hearty breakfast (a full English).

So the name kind of stuck, and the Brits decided this is their preferred morning drink. 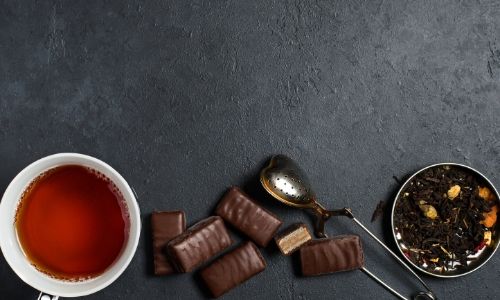 Whether most Brits still drink black tea in the morning instead of coffee, I’m not sure. But it’s definitely enough of a tradition to make this this tea a staple of everyone’s kitchen.

Don’t forget the other breakfast versions. Yes, of course there are other variations. You’ll also find Irish breakfast tea, and Scottish.

The actual tea types used in the recipes for each version will vary, but the Scottish one is known to be the strongest breakfast tea out there. So it may contain more Assam than the other two.

In short, breakfast teas are meant to be very strong black teas that you can drink in the morning. You can have them as-is, or add milk and/or sugar like you would with coffee.

Does it matter which tea you get ?

Depends on what you’re looking after. If all you want is a strong cup of tea, then I recommend getting a breakfast tea of any kind.

It’ll be stronger than most other black teas.

But you can also just get a loose leaf Assam tea instead of breakfast tea, and have a strong black tea. I recommend getting loose leaf instead of teabags because you get much better flavor. It’s not as flat and ‘made up’ as teabags tend to be.

If you’re looking for a very flavorful tea, them Earl Grey should be your pick. It’s really good on its own, with just a little sugar added.

Make it too sweet and it may start to resemble candy. 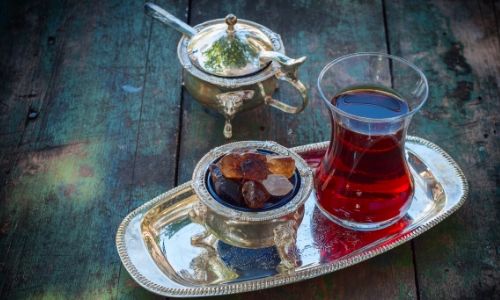 Also, be sure not to add any milk to Earl Grey, at least not dairy milk. This is because the milk wouldn’t taste so well with a citrusy flavor, but it definitely won’t curdle if you add any.

If you really want to add milk to Earl Grey, then consider a plant based one hat will complement it better, like rice milk or almond.

Or, you can always get a type of black tea that’s been blended with different fruits or flowers to create a whole new flavor.

And finally, you can even get Chai. This is a spiced black tea, which goes really well with milk and may remind you of pumpkin pie.

Black tea, English breakfast, and Earl Grey are very well known teas. They may sometimes get confused for each other, or folks may not know the proper version of one tea.

Given the sheer number of tea types out there, this is understandable and I hope this post really helped make things so much clearer for you.

Does Chaga Tea Have Caffeine ? Here’s When You Can Drink It

Ultimate Guide To Chamomile Tea (And How To Make A Cup)