White tea and black tea have long been a part of every tea lover's menu.

But if you're just starting out with tea and would like to read a more applied comparison between these two amazing teas, then go on ahead and read this post.

Both white tea and black tea have their own place, but one may be better than the other in some cases or for certain scenarios.

So that's what we're exploring today. How to pick between black and white tea, and also discussing what each of them is. 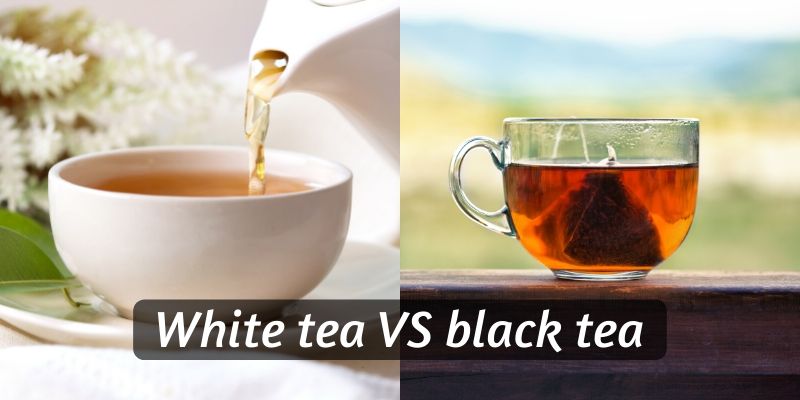 Is white tea the same as black tea ?

No, black tea and white tea are different teas.

Yes, they come from the same plant - Camellia sinensis. This translates into similar health benefits, but that's where the commonalities stop.

These two teas are processed very differently, use different kinds of leaves, are harvested at different times of he year, and generally serve different purposes.

So in short no, black tea and white tea are not the same.

To make things easier to understand, let's take a look at what each tea actually is.

What is white tea ?

White tea is the one that uses the youngest leaves from the tea plant.

As the year progresses, the plant sprouts new growth. That new growth is made out of buds that later unfurl into full leaves.

Well, white tea uses those young buds. This leads to a few things, that are specific to white tea.

First, the buds have a set of fine silver hairs on the outside. In some white tea varieties this trait is very prized and actually seeing those fine hairs in the tea cup is a sign of good quality tea (very young and fresh buds).

If you're wondering, those hairs are perfectly safe and very tiny.

Second, young buds mean more caffeine potential. But they need to be steeped for only a few minutes, so not a lot of caffeine can leak out into the tea.

Third, flavor is much more floral and delicate than with any other tea variety. Young buds simply can't produce the bitter, tannic  flavor that older leaves can.

And fourth, picking the young buds mean they never grow into full leaves. Which leads to a decrease in overall crop yield, and this in turn leads to a price surge.

Meaning white tea is always going to be a bit (or a lot) more expensive than any other tea out there.

All of this combines to make white tea more of a high brow tea than any other tea. 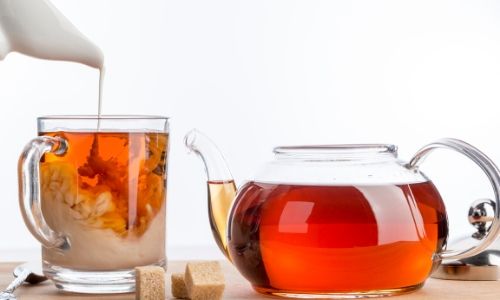 Black tea is probably the most common kind of tea you'll find on the market.

So common actually that it might not even say it's black tea, the label might just say 'tea'. This is especially true for America, where the general understanding is that tea = black tea.

Black tea itself is made with leaves from the tea plant that have already unfurled and began to grow out a little.

They're not mature leaves by any means, but they're older than buds and aren't as extra-fresh as the ones used in green tea.

As a comparison, while white tea buds are picked in early Spring (like March), black tea is usually picked in 3 seasons.

The first is Spring, then Early summer, and late Summer.

After each harvest the tea plant will renew its growth, and this leads to a decrease or change in flavor and quality.

As a general rule, the first harvest of the year is usually the best and most flavorful.

As black tea is easier to work with (more forgiving in a way) it means it's also cheaper to produce than white tea, and be processed more.

Alright, but how do you pick between white and black tea ?

Well, let's take a look at the possibilities below. All out decisions are based on a specific or main need, so let's guide ourselves using that.

If you want more caffeine, go for black tea

If caffeine is what you're after, then definitely go for black tea.

The trouble with caffeine in tea is that all tea varieties have roughly the same potential to provide a lot of caffeine. But not all of them can be steeped long enough.

Actually, the teas that use younger leaves have a tiny bit more caffeine (like white and green tea). But they can;t be left to steep for 4-5 minutes to get all the caffeine out.

Black tea can take 3 minutes of steeping, sometimes up to 5 if you use a lower temp or a lighter black tea. That's plenty of time to properly extract all the caffeine out of those tea leaves.

White tea however can't be steeped as long. It will get a bit bitter and change its color if you steep it for too long.

So again, if caffeine is what you're after, stick with black tea.

It's also a good way to wean yourself off coffee, if that's something you're also considering. 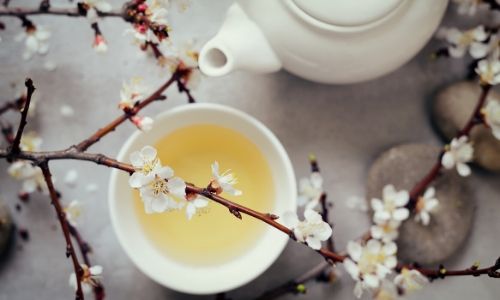 If you want a subtle flavor, go for white tea

If subtle flavor is more your thing, then white tea is definitely for you.

It has a rather floral, airy flavor that is really good on its own. However you shouldn't really mix white tea with any other flavors, at least not very strong flavors because you'll lose the tea flavor.

White tea is very delicate, and if you don't have a well developed palate you won't really notice anything interesting about it.

If you generally don't eat or drink very sweet items and keep your spices and bold flavors to a minimum, then you'll definitely feel the white tea.

And if you're having lunch somewhere, know that pairing white tea with something bold won't be a good move.

Only go for this tea if you know you can handle and appreciate subtle flavors.

If you want amazing flavor options, go for black tea

If you're on the other side of the fence and want your drink to be flavorful, then go for black tea. But not just any black tea, get a black tea blend.

Basically flavored black tea, except it's usually got a mix of several flavors instead of just one.

You'll find lots of options when it comes to black tea, because it goes so damn well with pretty much anything.

And if various flavors aren't your thing, then you may like to know that black tea goes very well with milk.

Whether it's vegan or dairy, milk blends really well into the earthy tones of black tea and makes it so much smoother.

Meaning you can in fact get a black tea latte and it'd be great.

You can also find Chai lattes. Those are basically black tea with milk and a whole lot of spices, very reminiscent of Pumpkin Spice Latte.

If you're on a budget, go for black tea

Alright, what if you want some tea but you're strapped for cash ?

The black tea will be the most sensible option.

Not just because white tea is generally more expensive than other tea types.

But also because black tea is one of the teas that can be produced with the CTC method. CTC stands for crush, tear, curl and it's a much faster way of processing tea leaves.

It also results in lower quality tea leaves, but still something enjoyable if you're planning on adding milk.

In fact if you're going to make milk tea or just like to take your tea with milk all the time, then CTC will bring a more prominent flavor that will make the whole drink stand out.

And if you're really, really on a budget then get teabags instead of loose leaf.

Personally I recommend you get loose leaf every change you get. It's got the best flavor and if highly customizable.

But teabags are simply more affordable and if you're looking for a quick fix, there it is.

That being said, never get anything but black tea as teabags. This is because all the other tea types have a very specific flavor, and using anything but loose leaves will result in muddy tea.

The flavor will be off, and you need the full leaf.

But seeing as black tea is often paired with something that changes its flavor - milk or flavorings - then teabags aren't that bad. 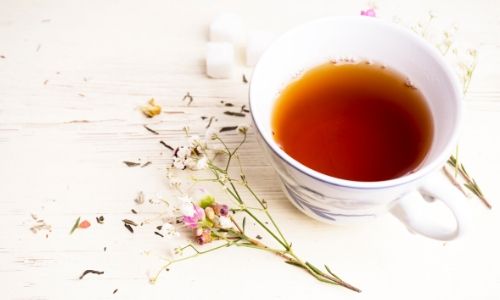 Wait, what about the health benefits ?

Yes, black tea and white tea both have amazing health benefits, but there's something we keep missing.

Both these teas come from the exact same plant, meaning they will ave the same potential for certain health benefits.

The way the leaves are processed will change the benefits a little, but overall they're very similar.

And they're similar to green tea's health benefits as well.

So in general all tea types provide some sort of antioxidants, and those are the major thing people think about when they ask about health benefits.

The amount of help you get from a single cup of tea is very small, so if you were planning on picking your drink based on this there's no real point.

Getting health benefits from food and drinks works, but you need months of continuous ingestion to really see anything happen. And then to stick to that drink or food for the rest of your life. A lifestyle change, if you will.

I hope you really got a clearer view of what white tea and black tea are all about, from this post. I know they sound like they're opposite teas, and they are indeed very different.

But in the end it's your decision.