Lemon balm tea provides a very comforting, and refreshing lemony flavor. It's been used since the Middle Ages as a calming and soothing agent, and is commonly found in de-stress and bedtime teas nowadays.

Even growing the plant in your backyard will bring about a nice aroma in the air, and this way you can make your own tea at home.

For now, let's get into this beginner's guide on lemon balm tea, and see how this bright, fresh herb can help you. 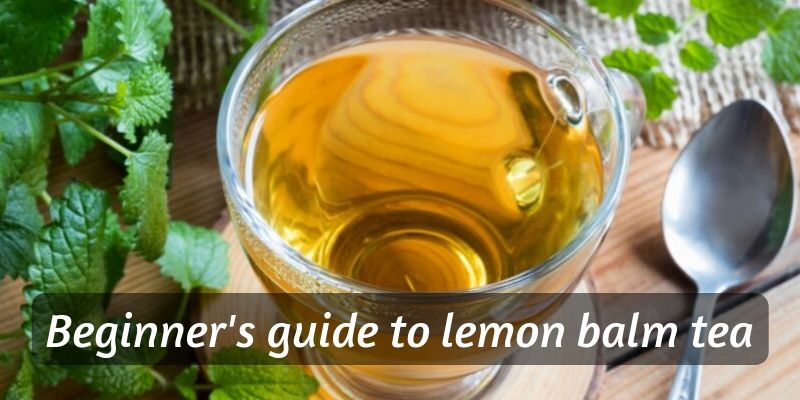 What is lemon balm or melissa tea ?

Lemon balm tea is a brew made from the dried leaves of the lemon balm plant, also known as melissa. The medical, official name of the plant is Melissa officinalis, but commonly it's known as balm, mint balm, or lemon balm, and occasionally simply melissa.

This is a soothing, relaxing herbal tea, and is sometimes used as a very mild sedative. You'll find it as a key ingredient in many herbal teas, either for flavor or for its calming effects.

It's easy to find in many grocery stores, either as tea boxes with teabags, or as a pure dried herb version. I recommend getting the loose leaf/dried herb, since the teabags can sometimes offer less impact in terms of flavor and benefits.

Where does lemon balm grow ?

Lemon balm is native to Europe - a lot of herbal teas seem to start off that way - but is now all over the place.

Lemon balm or melissa grows wherever you'd expect mint and lavender to grow as well, since they're sort of cousins. So, not very cold regions, but not too hot as well. A bit rocky, as long as there's some humidity going on.

It started out along the Mediterranean coast, and is easy to find in similar places, even on other continents.

If you're looking to know where your lemon balm tea comes from, then you should know that it could really be sourced from anywhere, even your own country or state.

To be extra sure, check the packaging on the tea. There should be a label stating where the herb is from, or at least the company site as they should have a statement there.

By itself, as a fresh herb lemon balm tastes like a very subdued spearmint. As in, it tastes like a flavorful herb, very vaguely minty, mostly sweet, and definitely with a citrus tone.

It's a bright, cheerful kind of flavor. Using lemon balm as a chopped up herb to add to salads or as a topping on some foods is a great way to brighten any dish.

As for tea, you will need the dried herb version. This is because the fresh lemon balm will not impart the same aroma as the dried one. the heat of the water will scald the fresh herbs, and produce a different aroma. Not unpleasant, but not what you're looking for.

Of course, in photos you'll only see fresh lemon balm - it looks better than the dried version. But do remember that the dried herb has all the moisture gone, and only the essential oil and natural flavor left.

The tea made from the dried lemon balm tastes less bright than the fresh herb by itself. It's still slightly sweet, balmy, but sunny more like just before sunset than a bright morning, if that makes sense.

It does taste lemony, and less like an herb but more like a dried flower, along the lines of chamomile.

In truth, the best way to figure out what lemon balm tastes like is to drink a cup of your own, so getting your hands on a good one would be ideal.

This lemon balm herbal tea from Traditional Medicinals is an organic, non-GMO tea made entirely of dried lemon balm leaves, so you get to experience the full flavor. It comes in a pack of 16 teabags, and you can get a 1,3, or 6 pack deal.

It's naturally caffeine free, meaning it will not keep you up at night, and it should be a strong enough brew that you only need one teabag per 8 oz/236 ml cup.

Making lemon balm tea is easy enough, as any herbal eta is easy to brew. There are a couple of things you should be careful about though, and I'll let you know here.

First, you need to use appropriate water. As in, not fresh off the boil water. While herbal teas are more resilient than true teas when it comes to heat and how they taste, you can in fact scald a herbal tea.

So I recommend you always, always remember to use water that's no hotter than 90 C/194 F. This is a temperature that seems to work very well for herbal tea, as well as black tea.

If you were to use cooler water, like 80 C/167 F, that would be alright too, just as it would for the delicate green and white teas.

Second, herbal teas usually require a larger serving of dried leaves than true teas. This is because their flavor doesn't last as long in storage (they haven't been thermally treated), and are more subdued by nature.

Alright, now that we got that out of the way let's make a cup of lemon balm tea. You'll need:

When heating your water, remember to actually boil the water, not microwave it in a cup. This is because it's easier to stop just below the boiling point and reach that 90 C/194 F I was talking about.

And also because boiling heats the water evenly, and gradually. A microwave can and will make hot and cold pockets in your tea water, and as such can ruin your tea.

So start off by measuring out your tea, and set it aside. Bring the water to a boil, and once it's boiling take it ff the heat, turn it off. Let the water sit for 2 minutes before adding the leaves to it, or it to the leaves.

This will make sure you get the right temperature, if you have no thermometer at home.

I find the best way to actually brew tea is by steeping it in the cup I'm going to drink from anyway, and remove the tea leaves or bags before drinking.

This tea mug from Sweese is going to help you in that respect, even if you'd like to drink more than 8 oz in one go because it's a larger mug.

It can fit up to 15 oz/440 ml of drink. But, when you're brewing you'll have to allow some room for the filter and how full it will be.

This is a porcelain cup, comes with a stainless steel filter, and a porcelain lid to keep your drink hot, and it can also double as a coaster or trivet to hold the filter once you're done steeping.

You can find the listing on Amazon here, and read the reviews here.

Now that you've got your cup, know that you should steep lemon balm for about 5 minutes. Nothing bad will happen if you let it steep for 10 minutes, in case you forgot about it and only came back later.

But like chamomile it can become too concentrated, and a little sticky/too sweet if left to infuse for too long. It won't become bitter like true teas, but I think this is something you should be aware of.

About the 9 oz/266 ml I said to use, this is because the dried leaves will absorb some of the water, and this means you'll be about an ounce less than you added to the cup.

Once you're done steeping, remove the tea leaves or bags from the water, or strain the tea into your cup, depending on which method you've used.

And you're done, you've got lemon balm tea !

Lemon balm tea, as a infusion of the lemon balm plant, has quire a few health benefits. It's been known since ancient times to be helpful for soothing and calming. 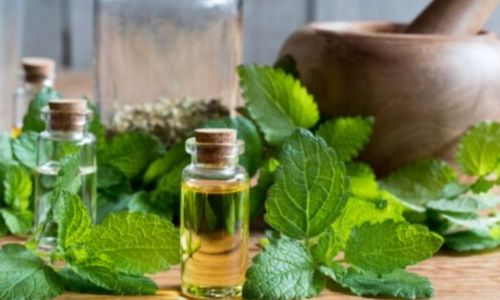 Partly because of its great scent and flavor, and partly because of the properties naturally found in the lemon balm plant, it helps reduce anxiety levels, and stress as well.

Since this herb smells so refreshing and bright, it helps elevate one's mood. And when you're under constant stress, a little R&R is very much welcome. Lemon balm will help you with that.

Whether you take lemon balm tea as a sleeping aid, or in the middle of the day, it will do its best to soothe you and reduce jumpiness and mental tension.

Lemon balm helps you fall asleep by relaxing you

Another benefit of lemon balm is that it can actually help you fall asleep faster. Much like valerian, lemon balm is a mild sedative. Granted, it's weaker than valerian, but also smells much better.

Lemon balm helps you fall asleep by relaxing your muscles, though maybe not as much as chamomile. Still, you'll find it often in bedtime teas in the ingredients section.

It also helps the overall quality of your sleep, if this is another thing that was bothering you.

For skin conditions such as herpes flare-ups (for the Herpes Simplex virus), lemon balm is useful as well. It can reduce the symptoms of the flare up, and reduce the amount of time the skin needs to heal.

This works especially well if the lemon balm is applied in the early stages of a herpes episode. As you might know, herpes can not be removed, but rather treated whenever it chooses to appear.

There is very little evidence, but some say lemon balm may help with IBS symptoms as well, since it relaxes the inner muscles. 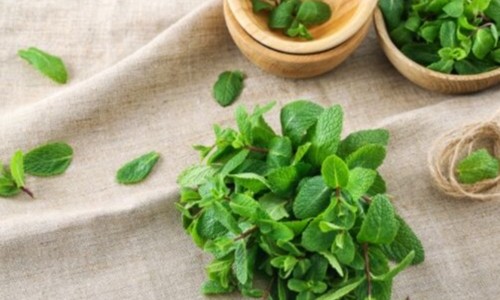 The little info I could find concluded that lemon balm tea is possibly safe during pregnancy (nothing as said about breastfeeding), if taken in small amounts and sparsely.

If I were you I'd definitely ask my doctor about it, since he/she will know more about this.

Does lemon balm tea have caffeine ?

No, lemon balm tea has no caffeine at all. This is one of the reasons it's so often found in bedtime teas, as it has nothing in it to trigger wakefulness or high energy, like caffeine.

The other reason is because it actively promotes relaxation and helps you fall asleep faster.

Lemon balm tea is a wonderful herbal tea that's going to help you relax, de-stress, and generally have a good night's sleep.

In its fresh, raw form it's a very bright and citrusy smelling (and tasting) herb, and is fairly common in dishes where there are dense, strong flavors (like game, sheep, even beef sometimes).

For tea, you need the dried leaves of the lemon balm plant, and they've very easy to find in many stores.