Home » Herbal Tea » Does Herbal Tea Have Caffeine ? Here's The Truth, For All Herbal Teas

Wondering if you should get that herbal tea or not ? If you're trying to keep your caffeine levels down, or want to avoid caffeine at all costs, this article is going to help guide you.

While herbal teas are common, some much about them isn't really common knowledge.

Given how for most folks the word 'tea' simply means 'black tea', you see how herbal tea could make some folks wonder if they're really caffeine free.

Let's explore herbal tea and see if there's really any caffeine in it. 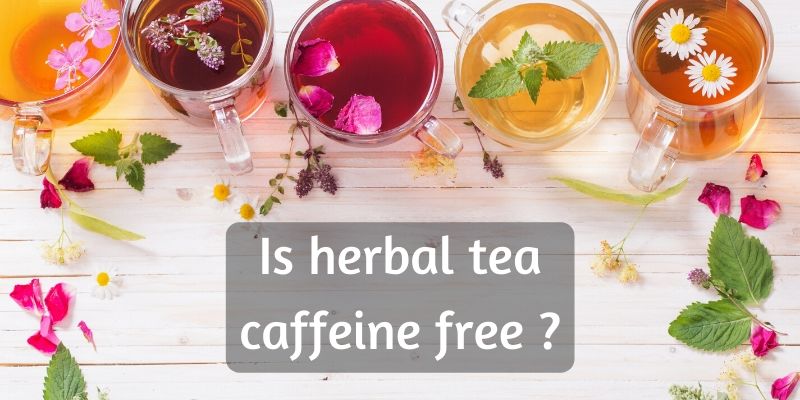 So does herbal tea have caffeine ?

Most herbal teas are caffeine free.

To be more specific, the vast majority are caffeine free, but there are two instances where we need to pay attention, and those fall under the herbal tea label.

As an example, if you're looking at mint/chamomile/lavender/cinnamon tea or something common like this, it's definitely caffeine free.

But if you're looking at yerba mate, or a tea that says 'lemon tea' and in a corner mentions it contains black tea.. well, we're going to cover those topics in this article.

Nearly all herbal teas are caffeine-free

Normally when you think of herbal tea you're thinking of herbs, and maybe not envisioning the vast array of options at your disposal. There are thousands of herbal teas out there.

And none of them have any caffeine naturally in them.

There are 2 exceptions to this, though.

The first is yerba mate, a type of herbal tea native to South America, and it's naturally caffeinated.

And the second is any combination of teas that results in herbal teas being artificially caffeinated. Whether it's by mixing it with true tea or by adding artificial caffeine molecules, the end result is the same. 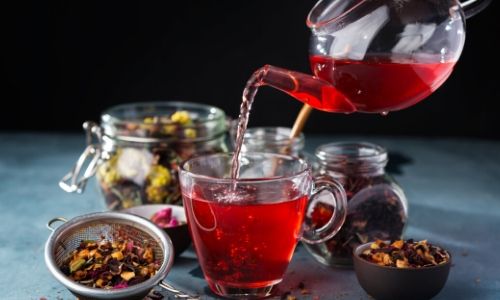 Yerba mate is the only natural caffeinated herbal tea

Yerba mate is not very well known outside of the American continent. This includes the South and Central parts of the continent, where it's a very common drink, and also the North where latina immigrants brought their love for yerba mate along.

So, unless you're from the American continent, you probably have a slim chance of knowing what I'm talking about.

Yerba mate is a type of plant, similar to holly. The leaves are the tea, and they're consumed in a very specific way.

They're added to hot water, and there's a lot of leaves in the water. The entire drink is held in a gourd, and is drunk through a metal straw that has a filter at one end.

The caffeine levels in yerba mate are high. Some claim they're higher than black tea.

Truth be told, actual caffeine levels are hard to gauge for each specific crop without actually testing a sample. One year may be better, one year may be worse and the same is true for all yerba mate's caffeine as well.

What is definitely true though is that yerba mate has caffeine, and the more leaves you put into the brew the stronger the caffeine.

So it's definitely on the 'avoid' list if you're trying to keep away from coffee and caffeine in general.

Note that you may also find yerba mate energy drinks on the market.

They may claim they're plant based, as in herbal tea or something similar, but they most often do contain some amount of caffeine. Be sure to check the ingredient label ! 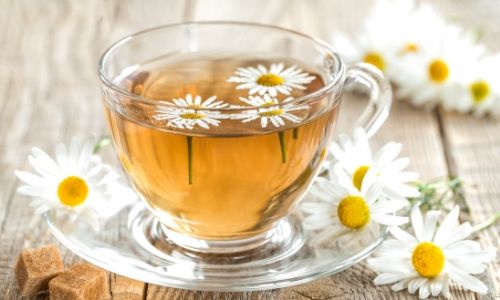 This is something that happens pretty frequently with herbal teas. Some companies are notorious for this, and some won't even mention on the front of the pack that there is caffeine added in one way or another.

Examples such as 'forest fruit tea' with a beautiful red packaging come to mind. When you look closer on the back, it mentions in small print that it's actually black tea flavored with forest fruits.

You can swap out the forest fruit with pretty much any flavor you like, this tactic is very common and you'll find it in other teas as well.

So, be sure to check if your herbal tea contains any black tea, green tea, white tea, Pu'erh or Oolong.

All 5 contain some amount of caffeine, and even a small amount of those teas in your herbal tea will add caffeine to your cup.

It's usually a small dose, depending on how much true tea there is, compared to herbal tea.

This is mostly seen in teas that are in teabag form. So if you're looking for a true blended tea, go look for loose leaf teas.

Another version of caffeinated herbal teas is a less obvious one.

The actual ingredients are just the plants for herbal tea, but there is caffeine artificially added, while the tea is being processed. You won't see any other tea added to it, or coffee for that matter. 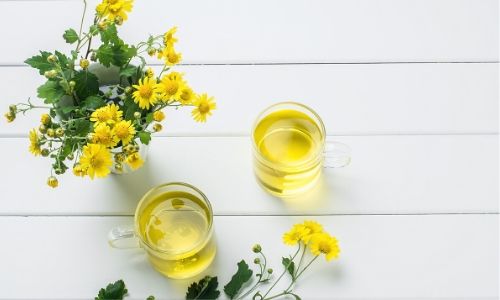 The label 'decaf' on herbal teas

So, if most herbal teas are naturally caffeine-free, why do some have a 'decaf' label ?

For the most part it's just a marketing gimmick. For some reason decaf grabs attention more than caffeine free.

It's a lot like sticking a 'vegan' or 'gluten free' sticker on mint tea. It was like that to being with, much like water is wet.

The only real decaf teas out there are those that previously had any caffeine to speak of.

If you ever run into a decaf rooibos, you know the label's just there for show.

So what does all this caffeine-free herbal tea mean for you ?

You can safely get herbal tea to drink as a bedtime tea. Even if it's not a tea blend meant for sleep, it will definitely not keep you up since it has no caffeine at all.

It also means it may be safe to give to a child, depending on the tea itself. You need to research the tea type more thoroughly, but the for the most part herbal teas are all around safe for kids. 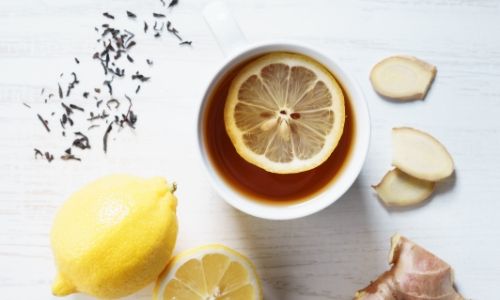 Herbal tea is caffeine free, with the couple of exceptions we discussed just now.

So if you're looking for a safe, caffeine-free tea to sip on in the evening, know that most herbal teas are completely safe. Be sure to check the ingredients on the back though, especially if buying teabags.