Home » Black Tea » Earl Grey Tea - What It Is, How It's Made, And Variations

Has Earl Grey become your favorite tea lately ? Don't worry, it's one of my all-time favorites too, up there with Caramel Rooibos and Jasmine green tea.

But we've never really had an in-depth talk about earl Grey, and why everyone seems to be so in love with this drink.

Let's find out why that is, and how it's made. 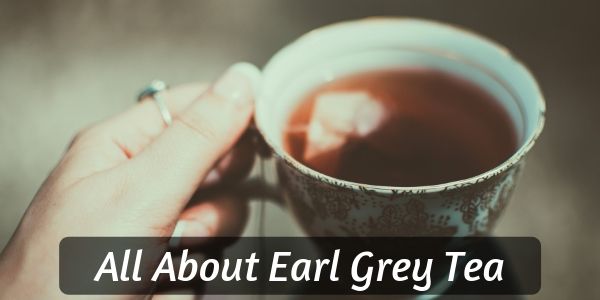 So what is Earl Grey tea ?

Earl Grey is a flavored black tea. It has no specific, traditional black tea but it often has Assam black tea.

The black ta leaves are flavored with bergamot oil - a type of orange, from the Mediterranean.

Sometimes, the leaves are also mixed in layers with bergamot flowers, like when flavoring jasmine green tea.

It's one of the most well known tea blends out there, and a classic. It's been on the market for about 200 years now (early 1800s) and no one really know how it came to be.

Accounts of exactly how and why the Earl Grey blend came to life are muddled, but most agree it originated in Britain.

There was an actual Earl of Grey, and he did drink this tea. It's not clear if he invented it, or just how his name got attached to the tea blend.

Some tea houses claim they released this blend at the request of the Earl.

Other stories say that a shipment of black tea and oranges made its way from China, and somehow during that trip the tea got the flavor of the oranges and became a thing.

Still, another story suggests that it was a gift made by a Chinese official, and given to the Earl of Grey as a present. The Chinese and the British were long time trading buddies at this point in time.

Another tale, and possibly the most plausible, is that a tea house wanted to make its poor quality black tea appeal to the masses, make it palatable.

So they flavored it with bergamot oil. Why bergamot though, since it wasn't a common fruit in Britain, don't ask me.

The point is that the flavor wound up being great, and it became a hit. How the Earl's name became tied to this tea, I still don't know, but a couple of things are certain:

Now, which story is true, I have no idea. The point is that the tea is delicious, and it did appeal to the common folk. Actually I think everyone likes it.

Over time, there have been some variations on this great tea, and I'll get to them in a bit.

How Earl Grey tea is made

Then, they're subjected to a curing process, which means the leaves are bruised, dried, roasted (usually in an oven), and then allowed to dry completely.

These (pictured below) are bergamot fruits. They come from actual bergamot blooms which grow on the bergamot tree. There is another bergamot flower, a purple one, which is not what is used in Earl Grey. 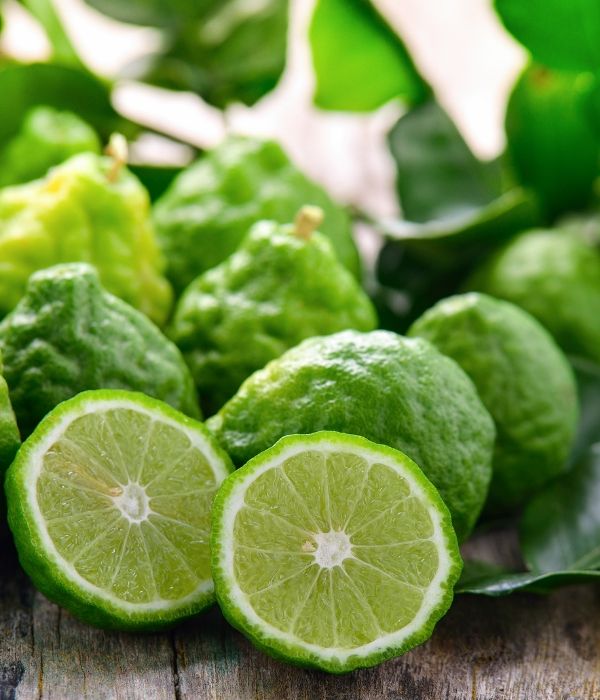 Bergamot fruit, very reminiscent of limes. Used in many perfumes and, of course, in Earl Grey tea.

The black teas used aren't of a specific type, which makes the whole classification by flavor hard to do. An Earl Grey with Assam as a base will be strong, malty, and will definitely need the bergamot to tone it down. More on black tea flavorings here.

Yet if a Darjeeling First Flush were used, a subtler, lighter Earl Grey would emerge. Darjeeling's First Flush is always light, flowery, just the right thing for a light tea.

Of course, there is no getting around the fact that the bergamot flavor can and does mask the quality of the underlying tea.

This means that often, especially for teabags, you'll find Earl Grey of poor quality, and most often with a synthetic bergamot flavor. For example store brand teas are like this, at least in my experience.

You best bet, as always, is getting a loose leaf Earl Grey.

Some may come as teabags and still be high quality. But those are rare, and there is no real point in trying to compare one brand or another when it comes to teabags.

Making a cup of Earl Grey from loose leaves is a bit different, and the taste is truly different. It's more raw, more nuanced, more customizable. It all depends on how you brew the leaves.

There are variations on Earl grey, and there is no international standard.

As in, there is no specific black eta with a specific bergamot oil. Rather the combination between black tea and bergamot oil (or blossoms, sometimes both) is regarded as Earl Grey.

Now, Twinnings has purchased the copyright to a certain type of Lady Grey. That includes more citrus in its composition, and it was meant to provide a lighter alternative to the Nordic market.

Yet another Lady Grey, the second version, is again black tea with bergamot, but also with cornflower. This is one I've had personally, in loose leaf form.

The taste was a little different, yes, but I can't say if it was because of the cornflower, or because I didn't have Earl Grey in loose leaf form until then.

Another variation on Earl Grey is Earl White (sometimes called Lady White), which uses white tea instead of black. It's a more delicate and subtle flavor than any other Earl Grey variety.

Russian Earl Grey contains the normal ingredients (black tea and bergamot), but also contains citrus peels and lemongrass. This is a blend that is apparently fairly popular in Russia.

There is also an Earl Green which, no surprise, uses green tea instead of black. It's a combination that works fairly well, and turn the whole tea into an summery drink.

And, for a caffeine-free version, there is the Rooibos Earl Grey. Meaning that instead of black tea, rooibos tea is used.

And finally, I think this is the last one that is currently known, London Fog is a way of preparing Earl Grey with milk. Meaning that you brew the tea with hot milk (either animal or plant based) instead of water, and get a nice color.

However this only works well with teabags. If you'd like to make this with loose leaves, simply brew with half the amount of water, and after the eta is done brewing, top it off with warm milk.

In order to fully appreciate just what an Earl Grey is, I recommend you try the original, at least one cup. This way you'll understand better why and how the different versions came to be, and how they're even different from the original.

For example this one from Ahmad is a good example of a loose leaf Earl Grey.

I recommend you get a loose leaf version, since you'll get a more nuanced tea than with a teabag.

That's a whole lot of tea, and it's going to last you for a long time. It also means you can experiment with half the tin and still have enough left for daily use for several months.

Earl Grey is one of those classic teas that everyone somehow ends up loving. I had my first back in college, and until then I really didn't know what an Earl Grey tea meant.

But I fell in love with the flavor so hard, I stocked up for half a year.

I's nice to know how (or at least guess how) this tea came to be, and how it's made, and all its variations.